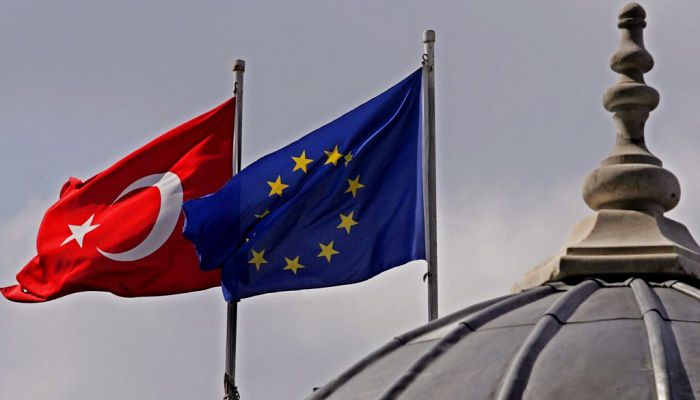 Turkish President Tayyip Erdoğan hinted on Sunday that Turkey might put the question of its joining the European Union to a referendum.

Answering questions from journalists while returning from Belarus after a one-day official visit, Erdoğan accused Brussels of trying to compel Turkey to withdraw from the accession process.

“The European Union is trying to compel us to withdraw from this [accession] process. If they don’t want us, they should be clear about it; they should make a decision,” Erdoğan told the reporters.

In an implicit reference to the Brexit referendum in June of this year which led to Britain’s exit from the EU, Erdoğan said: “Our patience is not endless. If need be, we can also consult our people.”

After its first bid to join the EU in the 1960s, Turkey’s official accession talks with Brussels started in 2005. However, the process has been mired in problems as rocky relations between Ankara and the EU became even more strained in the wake of a failed coup in Turkey in July.

More than 74,000 have been detained, and some 35,000 arrested, and nearly 110,000 have lost their jobs – including military officers, judges, teachers, civil servants and journalists – in a sweeping crackdown against alleged supporters of those behind the coup.

In addition to the government purges, more than 100 journalists have been arrested while 170 media outlets including newspapers and broadcasters have been closed down, according to the Turkish Journalists Association.