Thousands run in İstanbul Marathon from Asia to Europe 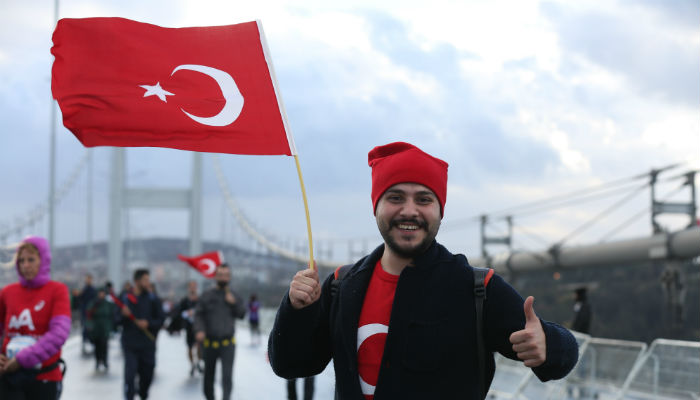 Thousands of people gathered in Turkey’s largest city on Sunday to run the İstanbul Marathon, the world’s only race where people can cross from Asia to Europe.

The 38th Vodafone İstanbul Marathon was held to commemorate the people killed on the Bosporus Bridge – now known as the “July 15 Martyrs Bridge” – during a July 15 failed coup attempt.

More than 240,000 people were killed and a thousand others were injured during the failed coup attempt.

The marathon provides the only opportunity for people to cross the Bosporus Bridge on foot legally.