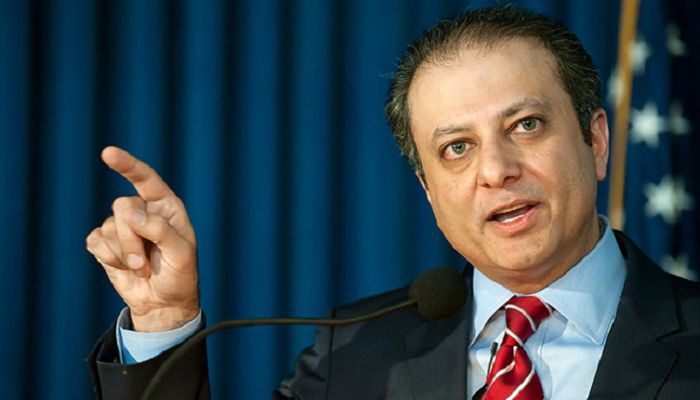 US Attorney for the Southern District of New York Preet Bharara indicted four Turkish and Iranian nationals from the same family on charges of violating US sanctions against Iran by conducting hundreds of millions of US dollars of transactions for Iran’s government and Iranian metal companies.

According to an indictment made public on Thursday in the US District Court in Manhattan, Habibollah Zarei, Nesteren Zarei Deniz, Bora Deniz and Abdullah Evren Erdem conspired to evade US sanctions from 2014 until at least January 2016.

In a statement on Thursday, Bharara said, “The defendants conspired and schemed to hide millions of dollars’ of financial transactions specifically to evade US sanctions laws and deserve to face strong legal action.”

On Nov. 8, Bharara announced that Mohammad Zarrab, the brother of Turkish-Iranian gold trader Reza Zarrab, who was arrested in the United States in March on charges of evading US sanctions on Iran, has been charged in a superseding indictment accusing both men of conspiring to conduct hundreds of millions of dollars in transactions on behalf of Iran.

According to the new indictment, Bharara claims that Reza Zarrab, 33, participated in transactions to benefit Iran-based Mahan Air, which the US government has sanctioned for providing services to Iran’s Quds Force as well as Hezbollah.