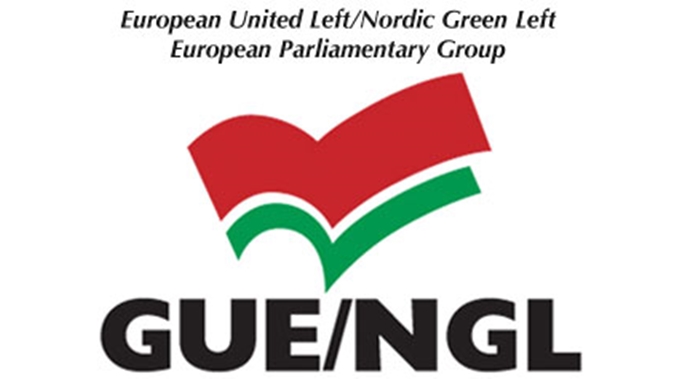 The European United Left/Nordic Green Left (GUE/NGL) group from the European Parliament on Thursday called for the freezing of membership accession talks with Turkey until the rule of law is restored in the country.

Condemning the arrests of Kurdish deputies from the Peoples’ Democratic Party (HDP), the GUE/NGL group statement read that these arrests are the latest in a months-long assault on HDP politicians by President Recep Tayyip Erdoğan and the Justice and Development Party (AKP) government.

According to the statement, since May 2016, 55 out of 59 HDP deputies have been stripped of their parliamentary immunity and thousands of HDP executive members and affiliates are currently under detention, including mayors and local representatives.

The statement went on to say that with the arrest of HDP politicians and the crackdown on opposition voices, scholars, judges and the media, President Erdoğan has turned his back on human rights, democracy and the rule of law.

According to the EP group, the EU must send a strong message to Turkish authorities to immediately release the HDP representatives, stop the violation of human rights, respect the independence of the media and restore the rule of law.

The GUE/NGL also called on Commission President Jean-Claude Juncker, Council President Donald Tusk, Commission Vice President Federica Mogherini and the heads of states and governments of the European Union to revoke the EU-Turkey agreement in light of these developments.