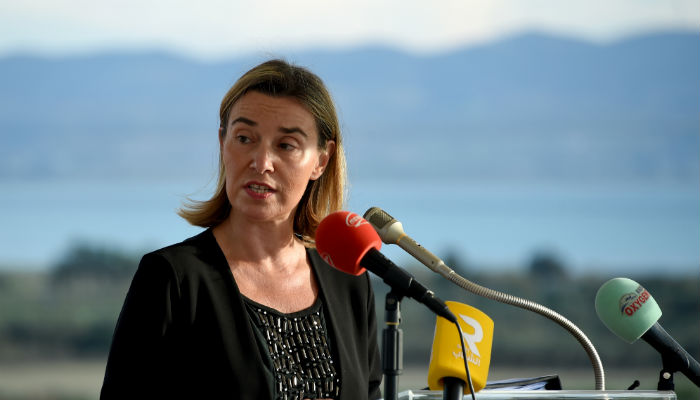 Federica Mogherini, the vice president of the European Union Commission and the high representative of the EU for foreign affairs and security policy, has said she is extremely worried about the detention of 11 pro-Kurdish Peoples’ Democratic Party (HDP) deputies including the party’s co-chairs in the early hours of Friday.

“Extremely worried for arrest of Demirtaş and other HDP MPs. In contact with authorities, called EU ambassadors meeting in Ankara,” she wrote from her Twitter account on Friday.

Counterterrorism police in the early hours of Friday raided HDP headquarters in Ankara and conducted a search of the premises while 12 deputies, including Co-chairs Figen Yüksekdağ and Selahattin Demirtaş, were detained in police operations in Ankara and the southeastern provinces. One of the deputies was released on probation on Friday morning.