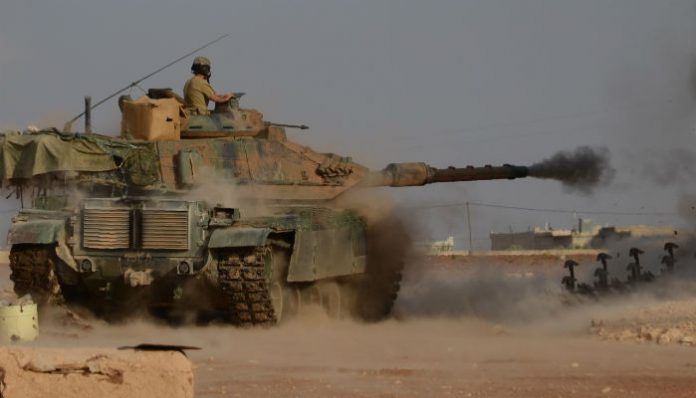 Turkey’s Defense Minister Fikri Işık has said the deployment ofTurkish military members to Şırnak’s Silopi district, an area near the Iraqi border, is related to the fight against terrorism and developments in Iraq.

“Turkey needs to make preparations for any possibility beforehand. This is part of those preparations,” said Işık, referring to the military deployment in Silopi.

Işık also told broadcaster A Haber that Turkey has “no obligation” to wait on its side of theborder and will do what is necessary if militants from the terrorist Kurdistan Workers’ Party (PKK) get a foothold in Iraq’s Sinjar region.

The deployment comes after President Tayyip Erdoğan said on Saturday that Turkey was aiming to reinforce its troops there, saying Ankara would have a “different response” for Shiite militia groups if they “cause terror” in the Iraqi city of Tal Afar.

Tal Afar, some 170 kilometers (106 miles) from Silopi, is home to a sizeable ethnic Turkmen population with historic and cultural ties to Turkey.

Şırnak province, where Silopi is located, is also one of the main areas of conflict between the Turkish military and PKK militants, who have bases in northern Iraq.