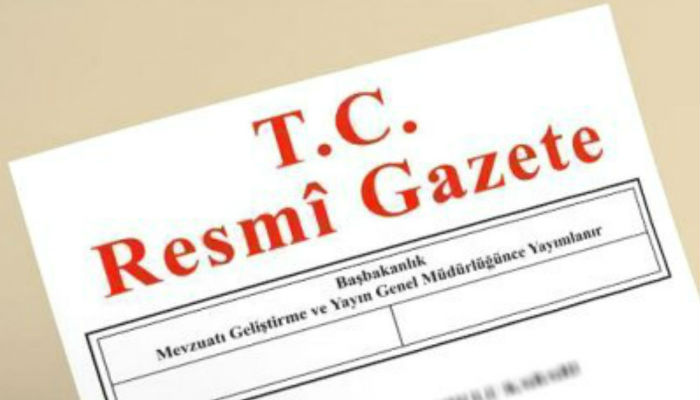 Two government decrees issued by the Justice and Development Party (AKP) government on Saturday contravene Turkey’s constitution and violate international law and agreements to which Turkey is a party, legal experts have said.

Speaking with the Cumhuriyet daily on Sunday, Metin Feyzioğlu, the head of the Turkish Bar Association, said the government decrees are a move to deactivate Parliament.

Underlining that the decrees are an example of the AKP government’s lawlessness, Feyzioğlu said the actions of the government through these decrees will oblige Turkey to pay heavy penalties in the near future.

“It is against the constitution because with the decrees the AKP government has invented something that cannot be reviewed by the Constitutional Court,” Kazan said.

Kazan also said the government is using the decrees to grant authorizations that are unrelated to the state of emergency, such as the appointment of university rectors directly by the president.

“Then, bring the presidential system [in place of the parliamentary system] with a decree. There is no need to bring a bill to Parliament and go to a referendum,” he added.

“Now we understand that the decrees are not to fight putschists but to intimidate dissent,” Tiryaki said.

Immediately after a failed coup on July 15, the government along with President Recep Tayyip Erdoğan pinned the blame on the Gülen movement, while the movement and Fethullah Gülen, whose views inspired the movement, strongly deny having any involvement in the failed coup.

A state of emergency declared on July 20 in the wake of the coup attempt has made it possible for the government to press ahead with such decrees in a bid to punish coup supporters. These decrees are not required to be approved by Parliament to go into force.

Saturday’s decrees, which have the force of law, were the latest of dozens of such controversial decrees issued by the government in the aftermath of the failed coup. They went into effect after being published in the Official Gazette on Saturday.

According to the two new decrees, numbered 675 and 676, the Turkish government will be able to cancel the passports of all those who are facing administrative or judicial investigations or prosecution as well as those of their spouses.

As part of the new decrees, the Turkish government will from now on protect the identity of prison guards in official documents, in a move that is apparently aimed to save them from legal action over torture claims.

Another controversial measure, violating ECtHR rules, taken by the government in the latest decrees, empowers judges to rule on detentions without having the defendant appear in court.

The new decrees also declare 68 exchange students studying in the US, the UK and Canada as “Gülenists,” cut off their scholarships and say their degrees will not be recognized by Turkey.

With a change in Law No. 6458 on Foreigners, foreigners whom the Turkish government considers to be terrorists or their supporters, or pose a public security threat will be deported. Those who are believed to be linked to terror groups as defined by international organizations face deportation as well.

Apart from these controversial measures, a total 10,158 staff members have been purged from state institutions with the new decrees for allegedly “being members of terrorist organizations or organizations, groups that were listed by the National Security Council as acting against the security of the state.”