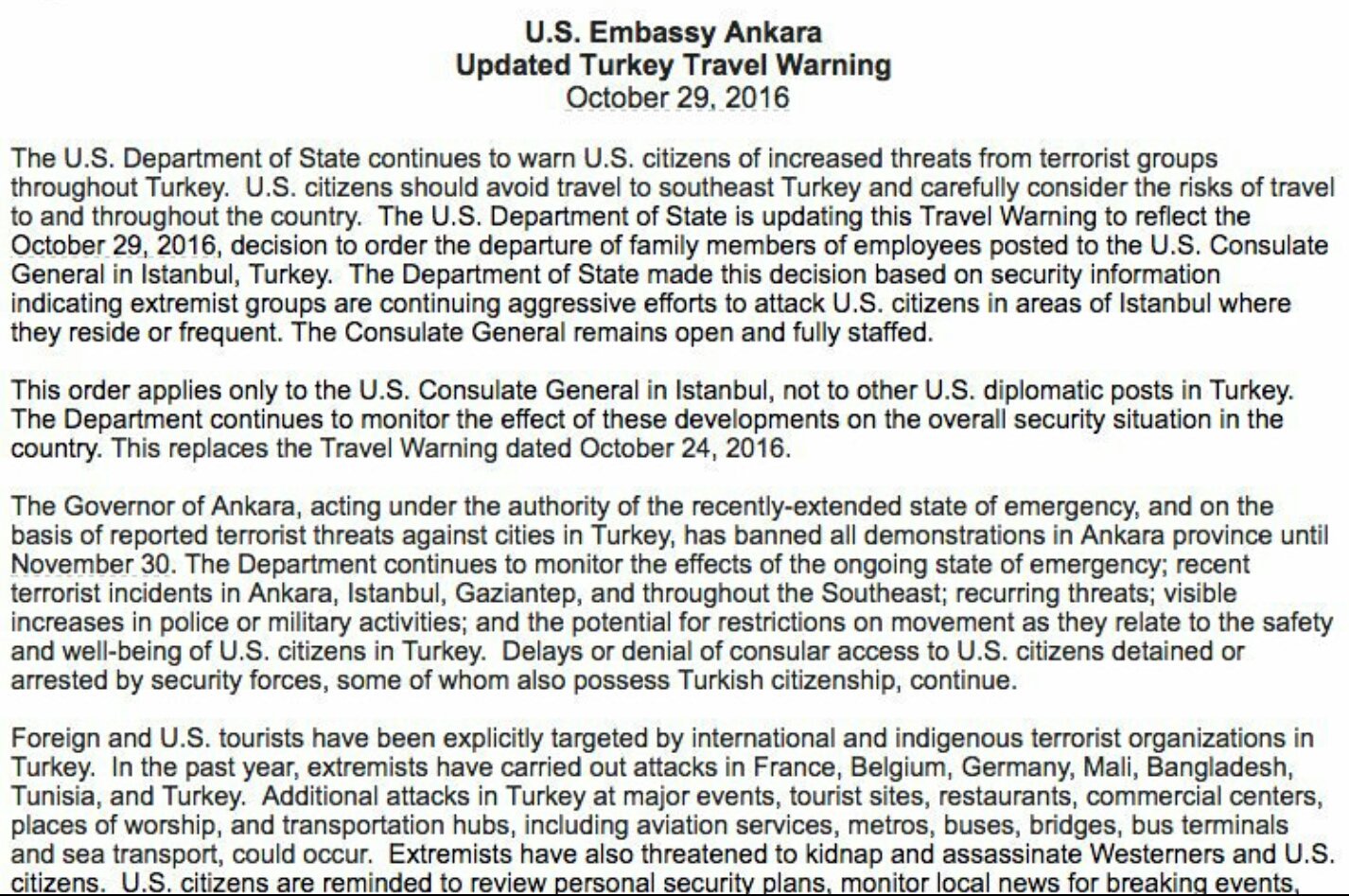 With an updated travel warning issued on Oct. 29,the US State Department ordered family members of diplomats in its İstanbul Consulate General to leave Turkey due to security threats.

The written statement cited security information indicating continuous efforts of extremist groups to attack US citizens in areas of İstanbul where they reside or frequent.

The warning is currently limited to families of the staff in İstanbul. The consulate will remain open and fully staffed, according to the statement.

The security warning by the US authorities has been circulated widely in social media as a sign of a serious security threat in İstanbul. However, no statements have made by Turkish officials following this alarming warning.