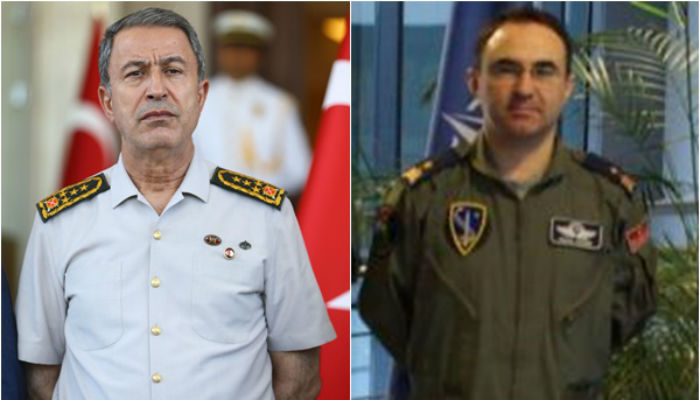 Brig. Gen. Hakan Evrim, one of the military members who took part in an abortive coup on July 15, has denied claims by Turkey’s Chief of General Staff Hulusi Akar, who said Evrim offered to put him in touch with Turkish Islamic scholar Fethullah Gülen by phone on the night of the coup, the Sözcü daily reported on Sunday.

Akar and all force commanders were taken hostage by coup plotters at Akıncı Air Base in Ankara on July 15. They were rescued on July 16.

Giving testimony as part of the investigation into the failed coup after the attempt was foiled, Akar claimed Brig. Gen. Evrim offered to put him in touch with Gülen by phone as the coup attempt was unfolding. Akar said Evrim referred to Gülen as “our opinion leader,” adding that he turned down the brigadier general’s proposal.

Immediately after the putsch, the government along with President Recep Tayyip Erdoğan pinned the blame on the Gülen movement while the movement and Gülen, whose views inspired the movement, strongly deny having any involvement in the failed coup.

According to the Sözcü daily, which obtained a copy of Evrim’s testimony, Akar told the putschists that government policies which led to dissatisfaction among the members of the Turkish military could be resolved with a consensus among all circles of society. Akar said those issues could be resolved through discussions with former President Abdullah Gül, former Prime Minister Ahmet Davutoğlu, opposition parties, nongovernmental organizations and opinion leaders in the society, according to Evrim’s testimony.

In response, Evrim said he told Akar that if he wanted to talk to any of the people he mentioned, such as Gül, Davutoğlu, opposition members or opinion leaders, he could put him in touch with them by phone.

“I never offered to put him [Akar] in touch with ‘our opinion leader’ Gülen,” Evrim said in his testimony.