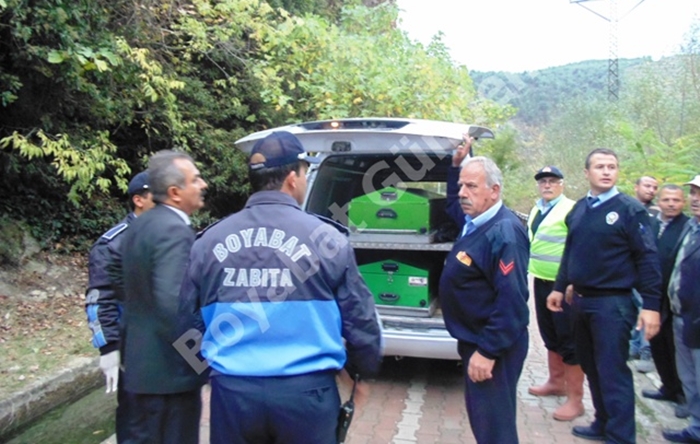 B.N.M., a freshman in high school, killed herself after reportedly being bullied by classmates and lecturers over her teacher father’s dismissal from his job due to his ties to the Gülen movement, on Oct. 24.

Father S.M. was sacked from his job at Boyabat Şehit Ersoy Gürsu High School over his alleged links to the movement, in a government decree issued under post-coup emergency rule on Sept. 1.

The government accuses the movement of masterminding a July 15 coup attempt, although the movement denies any involvement.

According to an article published by the local Boyabat Gündemi newspaper on Oct. 25 and removed the same day, 16-year-old B.N.M., a first-year student at the same school where her father worked before his dismissal, threw herself off the Boyabat fortress after her classmates and teachers started calling her pro-FETÖ.

“FETÖ,” short for Fethullahist Terror Organization, is a derogatory term coined by the government to refer sympathizers of the movement as terrorists, although there is no court decision to that effect.

The girl was already dead when she was brought to the Boyabat 75. Yıl State Hospital, according to the article.

Apart from relatives, at least 22 people have reportedly committed suicide either after they were imprisoned over ties to the movement or after being linked to the movement outside prison. Some of these suicides are found to be suspicious.

Turkey experienced a military coup attempt on July 15 that killed over 240 people and wounded more than a thousand others. Immediately after the putsch, the Justice and Development Party (AK Party) government along with President Recep Tayyip Erdoğan pinned the blame on the Gülen movement.

More than 105,000 people have been purged from state bodies and over 36,000 arrested since the coup attempt. Arrestees include journalists, judges, prosecutors, police and military officers, academics, governors and even a comedian.