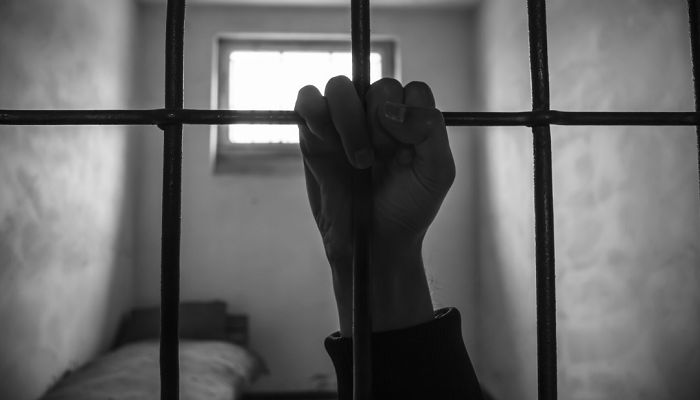 The wife of Muhsin Durmaz, a judge dismissed from his job by the Supreme Board of Judges and Prosecutors (HSYK) in the aftermath of a July 15 coup attempt for his alleged links to the Gülen movement and subsequently arrested, says that her husband has been put in solitary confinement for psychological torture.

In a letter to Washington-based Turkish journalist İlhan Tanır on Oct. 28, Durmaz’s wife wrote the following:

“My husband, Muhsin Durmaz, served in many parts of Anatolia as a judge. Despite the fact that he had already performed his required assignment in the east in the Kemah district of Erzincan, he did not object to his appointment to Mardin, another eastern city, as head of the High Criminal Court. There he heard many lawsuits regarding terrorism for four years. Lastly, he was appointed to the Anatolia Courthouse in İstanbul as a judge in a high criminal court. From the date he started working, he had always succeeded in his profession and had never been prosecuted during his professional life, and nobody had ever brought a lawsuit against him.

A day after the awful coup attempt on July 15, my husband was first suspended for allegedly having membership in an armed terrorist organization and attempting a coup aiming to overthrow the ruling government. Immediately after he was suspended, he was detained and arrested. Then he was dismissed from his job.

The detention period was so distressing because they were not provided with enough food or any blankets or pillows; also, 20 detainees were on chairs in the same airless room. The medical check that should be done every day were made belatedly. Despite the fact that the detention period was completed, their testimony was taken after waiting for hours, sleepless and hungry, in the hall of the courthouse, and that’s why they were not able to defend themselves properly.

After my husband was arrested, all our bank accounts were frozen. I could not make any banking transactions because my husband could not give me power of attorney to act in his stead. So, we were doomed to remain in difficult circumstances. After this, we started to live with my family. I did not tell my children about this situation in order to prevent them becoming depressed, and I had to send my two sons from İstanbul to our hometown, with their grandfather.

My husband was not only fired but was also prohibited from performing his job for the rest of his life, being labeled a member of a terrorist organization. Besides being prohibited from engaging in his profession, he was doomed to live like a terrorist by the way his name was announced all over the world with a decision by Turkey’s Supreme Board of Judges and Prosecutors (HSYK). It is almost impossible to find a job in the private sector.

While we were feeling sad about his dismissal, we learned that he was put in a cell in the prison. He did not receive any disciplinary punishment during his period of detention. No reasonable evidence for being put in solitary confinement was shown to us by the prison administration. As prison No.9 exists for prisoners sentenced to life, the conditions were very distressing for my husband, who has devoted himself to justice. I believe he was put into a cell for psychological torture. He was transferred from Prison No.6 to Prison No. 9 at starting at 12 p.m. on Sept. 24. The procedure of the transfer went on until 4 a.m. as a sleepless and tiring experience. Then, he was asked for permission to be strip searched. Upon the rejection of my husband, he was searched in his underwear.

My husband’s cell has high walls, six feet wide, with a ventilation system that makes it doubtful that sunlight ever enters. The camera on the ventilation system is located so as to allow the cell and the toilet be seen. He is not allowed to talk to anybody; that’s why he can only talk with me in our weekly meetings. In ordinary times, prisoners have 2.5 hours of exercise. However, this right is banned under the state of emergency. The social activities he is permitted are solely reading books and washing clothes. I asked the prison administration to let me to see my husband on the weekends because my children are at school during week. However, they refused my request. Furthermore, it is difficult for him to sleep because an intense light shines in his cell at night. He has no room except his cell and ventilation. It is certain that he is being negatively affected in terms of his psychological health due to conditions that worsen daily in prison. All my husband’s requests to be taken from the cell to the regular prison have had no result. The re-investigation of my husband’s arrest decision, which should be possible within one month by a criminal judge, has not been carried out. No response has been received to the petitions written by my husband.

The suicide of prosecutor Seyfettin Yiğit, under arrest in Bursa Prison as a part of the same investigation but not in isolation, indicates how harsh the conditions are and how unlawful the practices are in the prison. How can they deem my husband, spending six years doing his job in eastern Turkey, worthy of such terrible treatment? Can they show me reasonable evidence of why my husband is accused of being a terrorist?

My husband did his best in his professional life; that’s why he does not deserve this brutal treatment. I guess my husband is being treated poorly by members of the pro-government Platform of Judicial Unions [referred to as the YBP] because they think he did not support their pro-government candidates. While writing this letter, I have learned about a report that says 189 judges and prosecutors, including some arrestees in Bursa Prison, were returned to their  jobs by a the decision of the HSYK. These reports indicate how arbitrarily and without any reasonable evidence these practices have been carried out. Who is going to account for Seyfettin Yiğit, the Bursa public prosecutor, and who will guarantee me that my husband will not be exposed to the same thing? Please help us before it’s too late…”