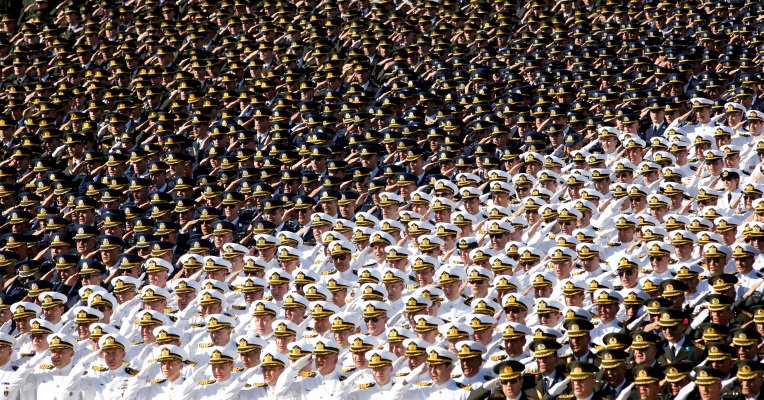 Turkey’s Defense Ministry announced on Friday that a total of 195 personnel, 158 of whom are officers, have been dismissed from the Land Forces Command and Naval Forces Command on the grounds that they have links to the faith-based Gülen movement.

More than 100,000 people have been purged from state bodies, 35,000 arrested since the coup attempt. Arrestees include journalists, judges, prosecutors, police and military officers, academics, governors and even a comedian.