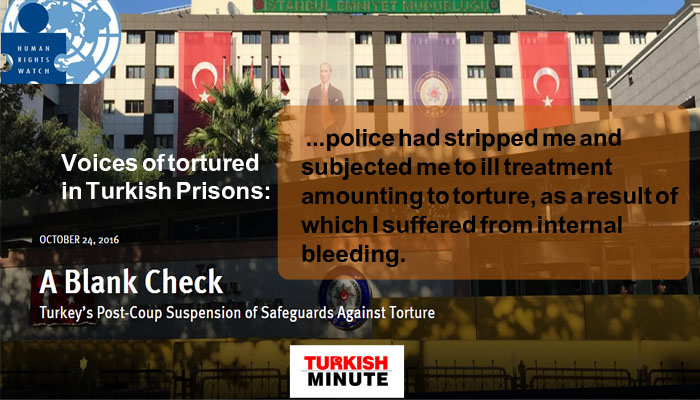 An Ankara lawyer told Human Rights Watch that her client suffered from internal bleeding as a result of torture by police officers.

What follows is the full text of the twelfth abusive incident in the series published by HRW on Tuesday.

“One Ankara-based lawyer told Human Rights Watch that her client had not complained about ill-treatment when she met with him in detention. After his release, however, her client told her that police had stripped him and subjected him to ill treatment amounting to torture, as a result of which he suffered from internal bleeding. The lawyer did not want to disclose further details out of concern for potential repercussions for the client.

The lawyer said they had obtained a medical report confirming the injuries, but that the client has decided to not complain about his ill-treatment until the investigations and trials related to the coup are over. The client was too afraid of repercussions to speak with Human Rights Watch directly.” (Turkey Purge)