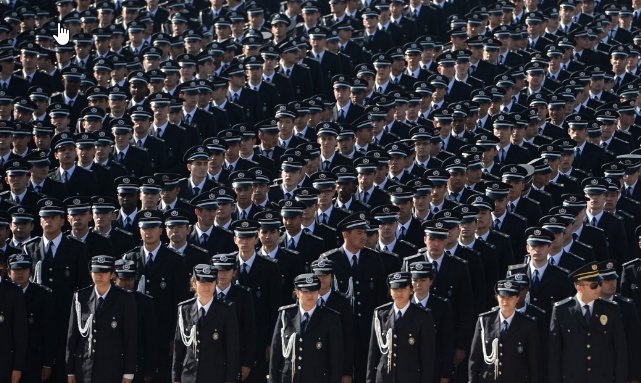 With a new decree issued by the Ministry of Interior Affairs on Wednesday, the chiefs of police of 61 provinces across Turkey have changed as police chiefs in 34 provinces have been recalled to Ankara.

The reshuffling affects major cities including İzmir, Diyarbakır, Adana and Antalya. The controversial police force chief of intelligence Engin Dinç, whose name appeared in a trial regarding the 2007 murder of Turkish Armenian journalist Hrant Dink, has become the police chief of Eskişehir.

Following corruption investigations in December 2013 that implicated ministers from the government and the family of then-Prime Minister Recep Tayyip Erdoğan, the government has reshuffled the police force several times. Thousands of police officers have been dismissed or forced to retire.