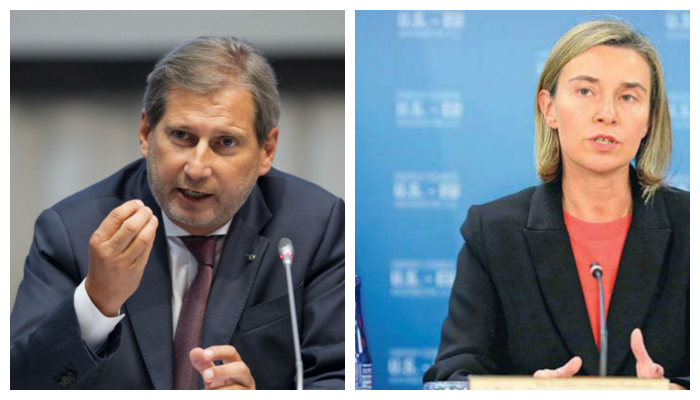 Two high-level European Commission officials expressed concern on Wednesday over the detention of Diyarbakır’s Kurdish co-mayors, urging the restoration of the rule of law in the country.

High Representative of the European Union for Foreign Affairs and Security Policy and Vice President of the European Commission Federica Mogherini and Commissioner Johannes Hahn issued a written statement on the arrest of Diyarbakır Co-mayors Gülten Kışanak and Fırat Anlı.

The statement said that over the last 15 months, violence has never stopped in the southeast of Turkey and that the EU fully recognizes the grave threat posed to Turkish security by the Kurdistan Workers’ Party (PKK), which is listed as a terrorist organization by the EU. However, it underlined the essential nature of respect for the rule of law, due process and fundamental freedoms, which are commitments Turkey has made as a candidate country for EU membership.

Hahn and Mogherini reiterated a call for a political solution: Arms must be laid down and a process of internal political dialogue should start as a matter of priority, involving the elected representatives of the affected population. A political solution is the only viable option.

Kışanak and Anlı have been in detention since Tuesday evening, with protests taking place in a number of cities including İstanbul and Diyarbakır.