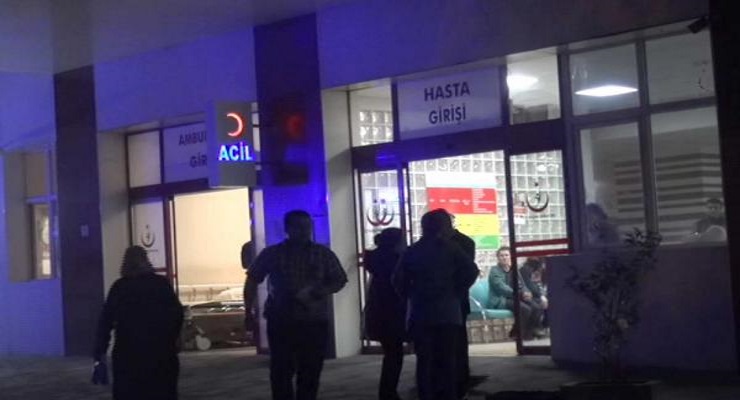 A 44-year-old police officer has committed suicide with his service revolver in the western province of Bursa fearing to be targeted in an ongoing crackdown against alleged followers of the faith-based Gülen movement.

The police officer, identified as Cahit Korkmaz, was working at the Çekirge Police Station in Osmangazi district and had served as a police officer for 18 years. According to media reports, Korkmaz performed daily prayer and then went to the break room where the sound of a gunshot was subsequently heard on Tuesday.

His colleagues found him in a pool of blood on the floor.

Korkmaz reportedly told his colleagues with whom he drank tea and chatted 30 minutes before the incident: “I am very afraid of being included in the FETÖ operations, of being incarcerated because I pray. I am afraid of making my family suffer. I also fear legal action over my use of ByLock.”

FETÖ is a derogatory term used by the government to refer to the Gülen movement as a terrorist organization although there is no court ruling recognizing the movement as such.

ByLock is a smart phone application which, according to prosecutors, is the top communication tool among followers of the Gülen movement, which is accused by the government of masterminding a failed coup attempt on July 15.

Korkmaz also left a note to his family in which he said: “I love you so much. You have no role in my suicide. Only my fears prompted me to do this.”

On Sept. 19 the Turkey Purge website reported that at least 14 people have reportedly committed suicide either after they were imprisoned over ties to the movement or after being linked to the movement outside prison. The figure now stands at 22. Some of these suicides are found to be suspicious.

More than 100,000 people have been purged from state bodies and 35,000 arrested since the coup attempt. Arrestees include journalists, judges, prosecutors, police and military officers, academics, governors and even a comedian.