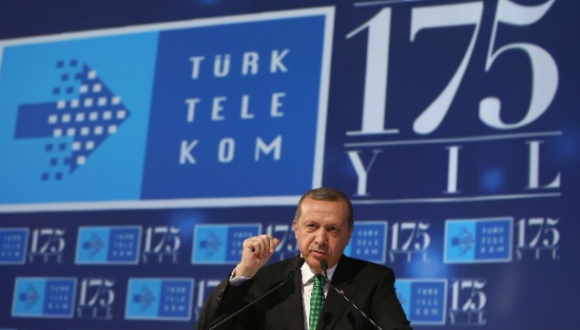 Turkey’s partly state-owned telecom provider, Türk Telekom, requested a feed of subscribers’ usernames and passwords for unencrypted websites, along with a list of what sites they visited and when, from the California-based tech firm Procera Networks, according to Forbes magazine.

According to the magazine, six engineers resigned from their jobs after learning about the controversial services their company provided to Türk Telekom, which they claim could contribute to the Turkish government’s tightening grip over web use.

“I do not wish to spend the rest of my life with the regret of having been a part of [President Recep Tayyip] Erdoğan’s insanity, so I’m out,” Kriss Andsten, a Swedish engineer who was lauded by his former colleagues for being the first to quit, told Forbes.

The Turkish government owns 30 percent of Türk Telekom and is represented by four members on the company’s 12-person board of directors – namely Fatih Kasırga, the secretary-general of the Turkish presidency; Yiğit Bulut, advisor to the president; İbrahim Eren, deputy chairman of state broadcaster TRT; and Fuat Oktay, undersecretary of the Prime Ministry.

“Erdoğan is insane and people could well die from this work,” a former Procera employee told Forbes.

Türk Telekom benefits from Procera’s services through Sekom, a contractor that has a $6 million contract with the US firm.

“To have the power for password extraction at the network level is a quite shocking capability for any government to have, let alone Turkey where the respect for fundamental rights has taken a stark downturn recently,” Matthew Rice, an advocacy officer at Privacy International, a not-for-profit organization, told Forbes, adding: “Everyone should be concerned not only that this capability was requested, but that it was provided. … This work was unprecedented for not only Procera, but for the surveillance industry as a whole.”

The article also said that Turkey continues to expand its control over the web as it has detained thousands for using a mobile application called, ByLock.

Turkish prosecutors claim ByLock was a top communication tool among the sympathizers of the Gülen movement, which the government accuses of masterminding the July 15 coup attempt. The latter denies any involvement.