Unity for Democracy initiative: Assault on rights and freedoms unprecedented 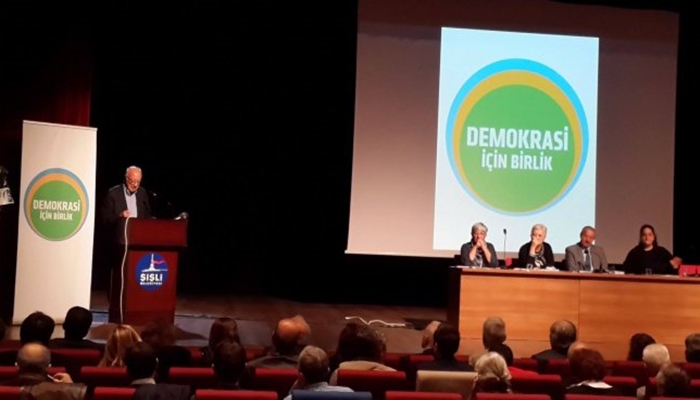 According to the final declaration issued on Sunday by an initiative launched by intellectuals, the assault against basic rights and freedoms in Turkey has reached extraordinary levels.

The final declaration said that Turkey has been on the track to one-man rule and under the intense pressure of unlawfulness in recent times. Within this context, the government has taken advantage of a July 15 coup attempt and launched an oppressive regime with the announcement of a state of emergency, said the statement. According to signatories of the Unity for Democracy declaration, the ultimate goal is to introduce an executive presidency that would concentrate all power in the hands of one man.

The Unity for Democracy participants also directed attention to a massive purge carried out since July 15, saying that tens of thousands of people have lost their jobs and that many people including journalists and artists have been arrested. According to the initiative, this is intended to instill fear in the society.

Law professor İbrahim Kaboğlu pointed out the illegitimacy of debates over a change in system of governance during a state of emergency, saying that in many countries the constitution cannot even be amended in such a situation.