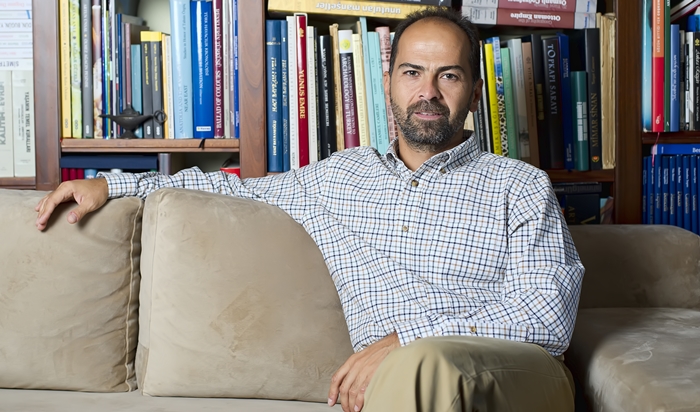 Co-founder and chairman of Turkey’s prominent Search and Rescue Association (AKUT) Nasuh Mahruki, who was referred to court for arrest on Monday on insult charges, has been released on judicial probation.

Mahruki announced from his Twitter account on Monday that he had been referred to court for arrest on charges of insulting the country’s president.

Mahruki recently attracted public attention when he said the Justice and Development Party (AKP) government has been pressuring AKUT and obstructing its work due to his views critical of the government. Mahruki is also a columnist for the critical Sözcü daiiy.

In a series of messages from his Twitter account on Monday, Mahruki said a prosecutor asked a penal court of peace to arrest him because he said that “this era will eventually end.” Mahruki said he explained to the prosecutor that he meant the judiciary will one day become normalized.

The columnist had made the remarks that led to his prosecution during a TV program on Kanal A on Oct. 5. He said this era would end one day and that the government would be tried for treason.

A lawyer representing President Recep Tayyip Erdoğan subsequently filed a criminal complaint against Mahruki on the grounds that he insulted Erdoğan.

Mahruki said the prosecutor accused him of using a pro-FETÖ discourse.

FETÖ is a derogatory term coined by the AKP government to refer to members of the Gülen movement.

The Gülen movement is a global civil society movement inspired by the views of US-based Turkish Islamic scholar Fethullah Gülen, who the AKP government and President Recep Tayyip Erdoğan accuse of masterminding a failed coup attempt on July 15, despite Gülen’s repeated denials of any involvement.