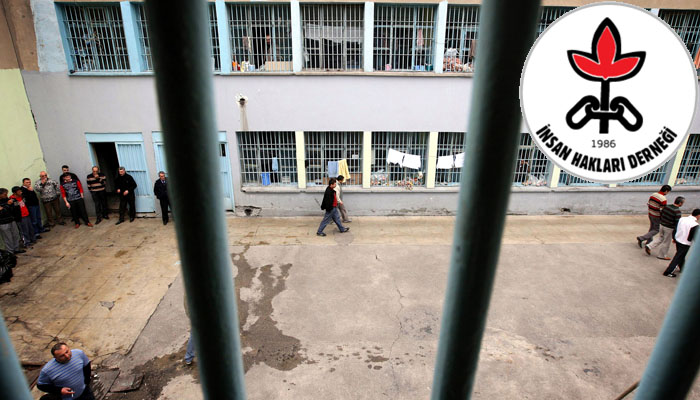 Turkish human rights watchdog the Human Rights Association (İHD) said in a report on Friday that there are nearly 220,000 people in Turkey’s prisons, which is more than 20 percent above the 183,000-person capacity.

According to the İHD report, Turkish prisons rapidly became overwhelmed by detentions and arrests that followed a failed coup in Turkey on July 15.

Underlining that severe human rights violations are being committed against people linked to the Gülen movement, İHD reported that hundreds of people were kept naked in sports halls and with their hands bound behind their backs in Turkish prisons, especially after the coup attempt.

“Reports and photos in the media show that there are serious instances torture and maltreatment in Turkish prisons as people were kept naked in cold sports complexes and handcuffed. They are left without food or water. And they are also beaten,” the İHD report said.

According to the report, 70,050 people linked to the Gülen movement, inspired by US-based Turkish scholar Fethullah Gülen, who the Turkish government accuses of masterminding the failed coup, face legal action. Out of 70,050, 58,862 were detained and 31,048 arrested by Turkish courts.

İHD also drew attention to suspicious deaths in Turkish prisons, most of them declared by authorities as death by suicide, heart attack or other health problems.

Speaking at the Human Rights Commission in Parliament last week, Turkey’s general director of prisons and houses of detention, Enis Yavuz Yıldırım, said: “Nowhere in the world can there be precautions to prevent prisoners from committing suicide. We are trying our best to do so. However, recently a prosecutor [arrested on coup charges] committed suicide by using a self-fashioned rope.”

Unlike the İHD, Yıldırım gave the number of prisoners in Turkey as nearly 195,000 in 372 prisons across the country, which is only 4 percent more than maximum capacity.