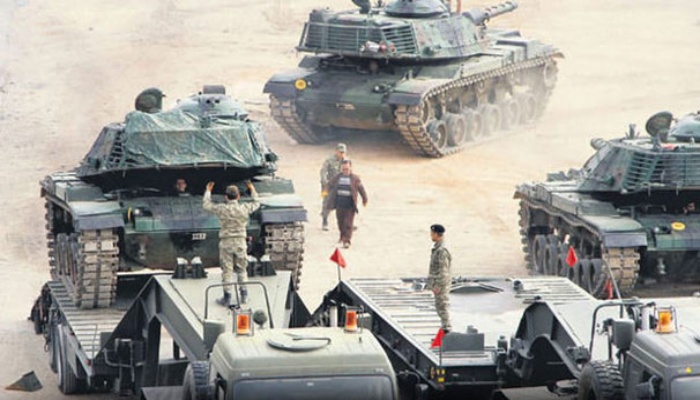 An Iraqi official who spoke to BBC on condition of anonymity denied a statement by the US defense secretary on Friday claiming the existence of an agreement in principle regarding Turkey’s role in the Mosul operation, saying that Iraq does not want Turkey’s participation in the operation.

The anonymous Iraqi official said there is no place for Turkey in the liberation of Mosul, adding that their only expectation from Turkey is not violating the sovereignty of Iraq and to stand by it in fight against the Islamic State in Iraq and the Levant (ISIL).

However, US Secretary of Defense Ash Carter said during a visit to Turkey on Friday that there is an agreement in principle on Turkey’s role in Mosul in the fight against ISIL.

Speaking to reporters following his meetings with officials including President Recep Tayyip Erdoğan, Carter said Turkey should play a role in the Mosul operation while emphasizing the sovereignty of Iraq. According to Carter, it is Iraq that will make the final decision.

The central Iraqi government has objected to Turkish policies on Iraq and particularly to the presence of Turkish troops at the Bashiqa base north of Mosul. Erdoğan and Iraqi Prime Minister Haider Al-Abadi had a war of words last week after Erdoğan told the Iraqi prime minister: “You are not of my quality or at my level; know your place. We will go our own way in Mosul.” In response, Al-Abadi wrote on Twitter that Iraq is not Turkey’s enemy and that Iraqis will determinedly liberate their lands.

According to an Associated Press report, Carter had told reporters the following: “I’m pretty confident — on the basis of all the conversations we’ve had — that we’ll be able to work through those practicalities in a way that takes care of the sensitivities of all of the parties.”

Carter had also pointed out that Iraq “understands that Turkey is a member of the counter-ISIL coalition [and] will play a role in counter-ISIL operations in Iraq. And, secondly, that Turkey since it neighbors the region of Mosul has an interest in the ultimate outcome in Mosul.” However, in the face of serious disagreements between Turkey and Iraq, Carter also expressed respect for Iraqi sovereignty.