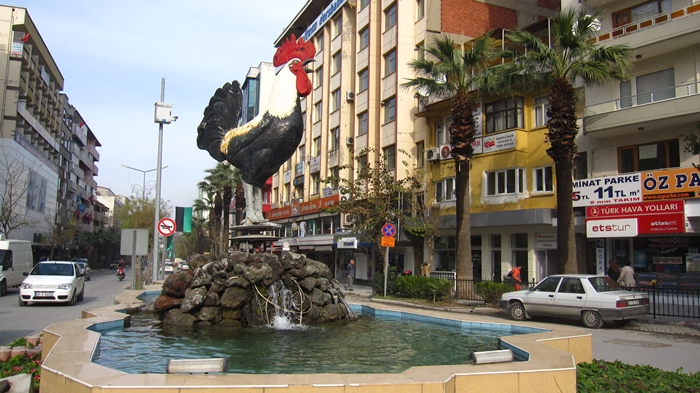 A Denizli court on Tuesday appointed trustees to 30 companies owned by 23 businessmen in the province over their alleged links to the faith-based Gülen movement.

Some of the business owners are currently under arrest as part of an investigation into the Gülen movement on the grounds that they provide financial support to the movement. Some of the owners are reported to be at large.

The decision came a day after an Adana court appointed trustees to 54 companies in the province over alleged ties to Gülen movement.

Thanks to decrees issued as part of the state of emergency declared on July 20 following a failed coup on July 15, Turkey’s government is now seizing all the Turkish companies and properties owned by businessmen allegedly linked to Turkish Islamic scholar Fethullah Gülen.

More than $50 billion in turnover

Government-run Savings Deposit Insurance Fund (TMSF) President Şakir Ercan Gül announced on Oct. 4 that the government has seized a total of 252 companies in Turkey as part of the crackdown on the Gülen movement.

The companies are alleged to be connected to the Gülen movement, a civic initiative based in Turkey, with the government coining the term “FETÖ” to designate the movement as a terrorist organization despite the lack of any court verdict to that effect.  A court recently in fact ruled out the existence of such an organization named “FETÖ.”

Among the large conglomerates that have been confiscated by the TMSF are Koza-İpek Holding, Boydak Holding, Dumankaya Holding, Kaynak Holding and Naksan Holding.
In separate investigations, the government has also confiscated the assets of many businessmen it considers linked to the movement.

Akın İpek, the CEO of Koza-İpek Holding until the confiscation, said 18 of the group’s confiscated companies alone were worth over $10 billion.

The Hürriyet daily on Oct. 10 reported that the Turkish government has seized the title deeds of a total of 5,401 properties that have links to the Gülen movement as part of its ongoing witch-hunt against the movement, according to Turkey’s General Directorate of Land Registry and Cadaster.

According to the daily, 3,314 of the title deeds were transferred to the state treasury, while 2,087 of them were conveyed to the Prime Ministry’s Directorate General of Foundations.

Environment and Urban Planning Minister Mehmet Özhaseki announced on Oct. 8 that the value of immovable properties including dormitories, real estate and schools that the government has confiscated as part of its clampdown on the Gülen movement totals around TL 15 billion ($4.9 billion).