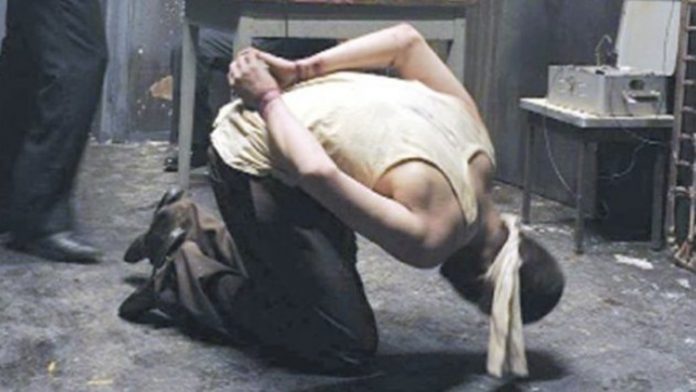 People imprisoned as part of a government crackdown on the Gülen movement are being systematically tortured in the most barbaric ways including rape, removal of nails and the insertion of objects into their anuses, according to the president of a leading lawyers association.

Allegations of ill-treatment of Turkey’s post-coup prisoners are becoming more widespread; in addition to accounts from relatives of the victims, associations, corporate figures and parliamentarians are raising concerns over extreme types of torture across the country.

“They remove the nails of colleagues [during detention] at police stations. Believe me, I saw people who underwent a colectomy after they were tortured with objects inserted into their anuses in prison and police stations,” Selçuk Kozağaçlı, the president of the Progressive Lawyers’ Association (ÇHD), said during the Ankara Bar Association’s general assembly on Oct 16.

“Did you know that soldiers, civil servants, judges, prosecutors and ordinary citizens affiliated with the movement are being systematically tortured?” Kozağaçlı asked audience.

“They are now being raped in prisons. … Why don’t you stand up [for them]?” he asked, condemning the inertia of those who supported the movement in the past.

Claiming that he was prisoned by judges affiliated with the movement, Kozağaçlı said that despite that he is against any kind of torture.

He also said he found it worrisome that 18 people have committed suicide after being linked to the movement since July 15. The Turkish government accuses the Gülen movement of masterminding a July 15 coup attempt despite repeated denials from the movement.

Amnesty International stated on July 24 that it had collected credible evidence that detainees in Turkey are beaten, tortured and on some occasions raped in official and unofficial detention centers across the country.

Turkey has detained more than 72,000 people and arrested some 34,000 over alleged links to the Gülen movement to date. More than 100,000 people have been either sacked or suspended from state positions.

Turkey Purge has received many tips from relatives and friends of people who were tortured in prisons after the coup attempt. (Turkey Purge)

Your way of understanding Turkey
Contact us: TurkishMinuteNews[email protected]
©