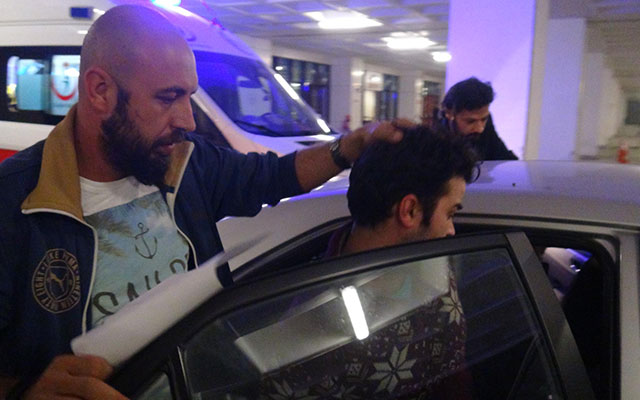 Seven Turkish citizens have been detained while attempting to flee to Romania through Bulgaria, according to Turkish media.

Three police officers dismissed under post-coup emergency rule, an Osmaniye-based reporter for the confiscated Zaman newspaper, a teacher, an academic and a small business owner were detained last Wednesday by Bulgarian immigration while en route to Romania in a truck.

Media said Bulgaria handed the seven suspects over to Turkish officials in the border province of Edirne on Friday.

Thousands of people have fled Turkey due to a massive witch-hunt launched by the Justice and Development Party (AKP) government against sympathizers of the Gülen movement in the wake of a failed coup attempt on July 15.

The government accuses the movement of masterminding the coup despite lack of any evidence to that effect.

Turkey experienced a military coup attempt on July 15 that killed over 240 people and wounded more than a thousand others. Immediately after the putsch, the AKP government along with President Recep Tayyip Erdoğan pinned the blame on the Gülen movement despite the lack of any evidence.

More than 105,000 people have been purged from state bodies, 72,000 detained and some 34,000 arrested since the coup attempt. Arrestees include journalists, judges, prosecutors, police and military officers, academics, governors and even a comedian.