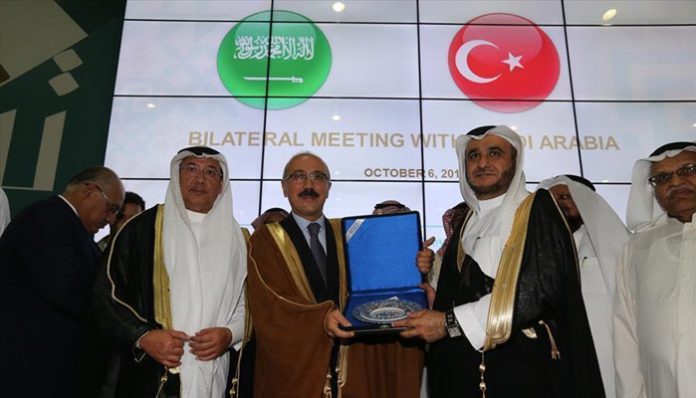 The Maarif Foundation, established by the Turkish government in order to compete with Turkish schools abroad established by Gülen movement sympathizers, has received approval from Saudi authorities and the Islamic Development Bank (IDB) for financial support for Maarif schools abroad, a Turkish news portal reported on Friday.

According to the TR724.com website, the nod for the financial support came from Majid bin Abdullah Al Qasabi, the minister of commerce and investment of Saudi Arabia, and Dr. Ahmet Tıktık, vice president of the IDB, during Turkish Development Minister Lütfi Elvan’s visit to Saudi Arabia last week.

Maarif Foundation representatives in Elvan’s delegation provided derogatory information about the schools established by the Gülen movement, inspired by the views of US-based Turkish scholar Fethullah Gülen, who the Turkish government accuses of masterminding a failed coup attempt on July 15, and requested financial support from the IDB which has its headquarters in Saudi city of Jeddah and is mainly funded by the Kingdom of Saudi Arabia.

According to TR724.com, the Maarif Foundation is seeking funding to establish the schools as it was unable to secure adequate support from Turkish businessmen.

Inspired by Gülen, the owners of thousands of small and medium-sized businesses in Turkey have established schools and universities in 170 countries.

The government puts the blame on Gülen for the July 15 coup attempt, an allegation strongly denied by the scholar. Since then, Turkish authorities have launched a massive crackdown on the movement, arresting 20,000 public servants and dismissing nearly 150,000 public officials over alleged ties to the movement. The government has also confiscated the properties of hundreds of companies and arrested leading businessmen over suspected links to the movement.

Despite tremendous efforts exerted by the government, only a few countries have given in to pressure from Ankara over the shutdown of Gülen-linked schools, with a majority of them refusing to meet the demands of the Turkish government.

EU will not agree to Libya deal unless Turkey accord scrapped:...