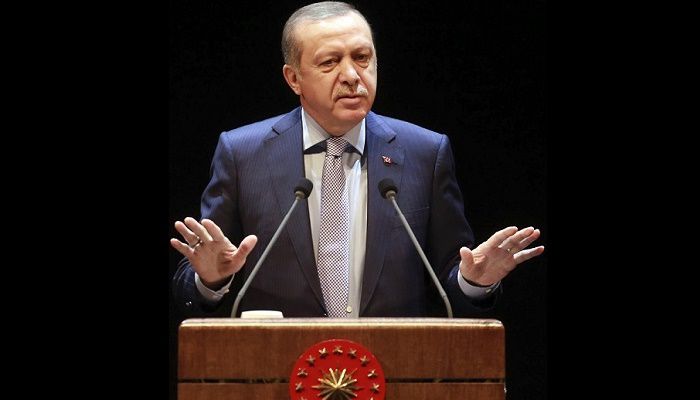 Reiterating his threats against sympathizers of the grassroots Gülen movement who are fleeing the oppression in Turkey, President Recep Tayyip Erdoğan has said they can become citizens of countries to which they flee while once again vowing to revoke their citizenship.

Speaking in his Black Sea hometown of Rize on Saturday, Erdoğan repeated his unsubstantiated accusations against the Gülen movement, calling its sympathizers “terrorists.” Erdoğan urged these people under persecution to become citizens of the countries in which they are living, saying that “they will not be considered citizens of this country.”

“We have entered their lairs. They run, we are told to chase them. Are they running? Let them become citizens of the places to which they flee. They will no longer be citizens of this country,” Erdoğan said as part of his relentless witch-hunt against the Gülen movement.

Calling Muslim scholar Fethullah Gülen, who inspires the movement, which has established schools around the world, a coward, Erdoğan asked Gülen return to Turkey to stand trial. Turkey’s increasingly oppressive president argued that the Gülen movement is a terrorist organization just like the Kurdistan Workers’ Party (PKK), Islamic State in Iraq and the Levant (ISIL) and the Revolutionary People’s Liberation Party/Front (DHKP-C).

Despite unanswered questions as to who provided intelligence on the coup to the president and the government, and when, Erdoğan has been accusing Gülen of masterminding the coup since day one. An Erdoğan-led purge was initiated immediately after the failed coup of July 15 and has cost over 100,000 people their freedom, jobs and basic rights. More than 32,000 have been arrested in Turkey, including judges, prosecutors, academics and journalists.