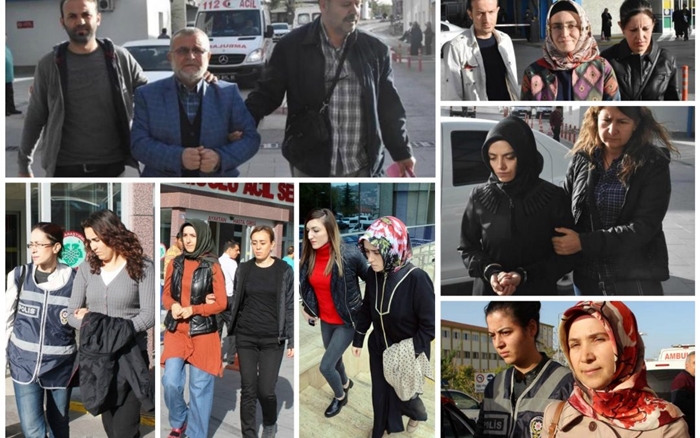 At least 149 people were arrested, while 213 others were detained on Thursday, according to Turkish news agencies.

Police carried out the operations in at least 30 provinces across Turkey. With most of the arrestees being police officers, those arrested over the past day also included board members of suspected associations, university students, academics, hospital personnel, university staff and teachers.

Among those detained are lawyers, teachers, judges, small business owners, housewives, imams, businessmen, a military officer and many police officers.

Meanwhile, 2,400 teachers along with 184 judges and prosecutors were suspended over their alleged links to the Gülen movement, while 109 military judges were sacked on Thursday.

The victims of Thursday’s operations carried out as part of the massive purge have been added to the already-enormous group of people who have been either detained or arrested since July 15.