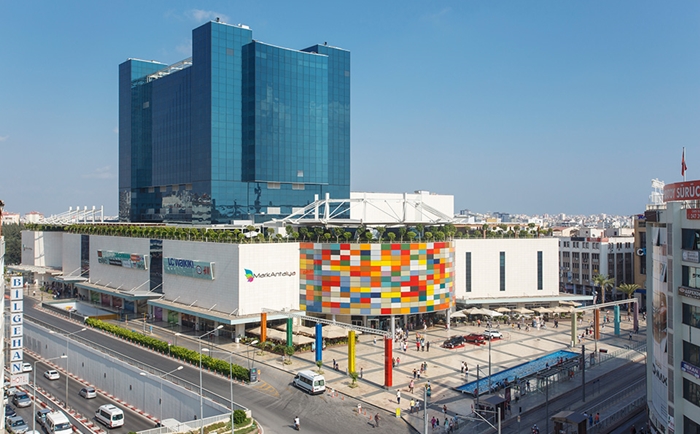 Trustees were appointed to two Antalya-based companies on Thursday due to their alleged ties to the Gülen movement, which the government accuses of masterminding a failed coup attempt on July 15.

The Antalya 5th Penal Court of Peace appointed trustees to the Kadıahmetoğulları and MLC companies, which own MarkAntalya, the biggest shopping mall in Antalya.

The government has long been confiscating the private property of non-loyalist businesspeople without due process on unsubstantiated charges of terrorist links.

Government-run Savings Deposit Insurance Fund (TMSF) President Şakir Ercan Gül announced on Oct. 4 that the government has seized a total of 252 companies in Turkey as part of the crackdown on the Gülen movement.

The companies are alleged to be connected to the Gülen movement, a civic initiative based in Turkey, with the government coining the term “FETÖ” to designate the movement a terrorist organization despite the lack of any court verdict to that effect.  A court recently in fact ruled out the existence of such an organization named “FETÖ.”

In separate investigations, the government has also confiscated the assets of many businessmen it considers linked to the movement.

Akın İpek, the CEO of Koza-İpek Holding until the confiscation, said 18 of the group’s confiscated companies alone were worth over $10 billion.

The Hürriyet daily on Oct. 10 reported that the Turkish government has seized the title deeds of a total of 5,401 properties which have links to the Gülen movement as part of its ongoing witch-hunt against the movement, according to Turkey’s General Directorate of Land Registry and Cadaster.

According to the daily, 3,314 of the title deeds were transferred to the state treasury, while 2,087 of them were conveyed to the Prime Ministry’s Directorate General of Foundations.

Environment and Urban Planning Minister Mehmet Özhaseki announced on Oct. 8 that the value of immovable properties including dormitories, real estate and schools that the government has confiscated as part of its clampdown on the Gülen movement totals around TL 15 billion ($4.9 billion).

The government’s crackdown against the movement, however, is not limited to the period following the coup attempt since the managements of many institutions affiliated with the movement have already been seized by the TMSF over the course of the past three years.

The time that the government publicly declared war against the movement coincided with allegations in 2013 of widespread corruption that implicated four then-Cabinet ministers, which were given extensive coverage by the Gülen-affiliated Zaman Media Group at the time.