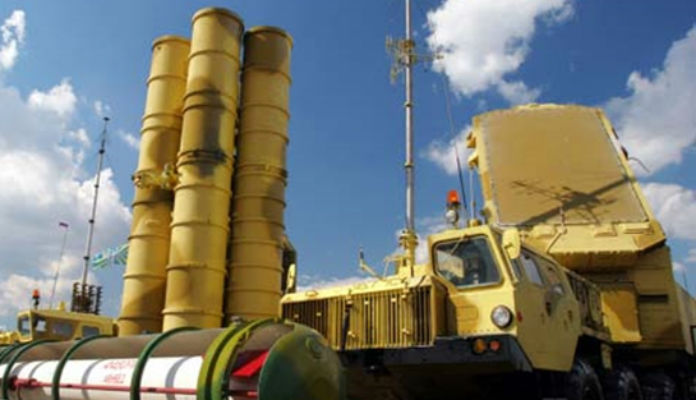 The staunchly pro-government Yeni Akit daily claimed in a report on Wednesday that Turkey is contemplating the purchase of a Russian S-400 air defense system as Ankara seeks to normalize relations with Moscow.

Based on Turkish Foreign Ministry sources, the daily said Turkey is planning to ask Russia for an estimate of the cost of the system.

Russian President Vladimir Putin paid a visit to Turkey on Monday to attend the 23rd World Energy Congress in İstanbul. It was Putin’s first visit to Turkey since Turkey downed a Russian jet last year, claiming that it had violated Turkish airspace.

Despite a crisis in ties after the jet incident, the relations got back on track with a visit by President Recep Tayyip Erdoğan to Moscow in September following his sending of a letter of apology to Russia in June over the jet incident.

Russia had halted charter flights to Turkey and imposed sanctions on trade after Turkey downed its jet over Syria. The two countries have conflicting approaches to the crisis in Syria, yet economic relations are strong as Russia is building Turkey’s first nuclear power plant.

Putin has been openly supportive of Erdoğan following a failed coup in Turkey. During his visit on Monday the Russian premier expressed admiration for the Turkish president’s handling of the crisis sparked by an attempted coup on July 15.