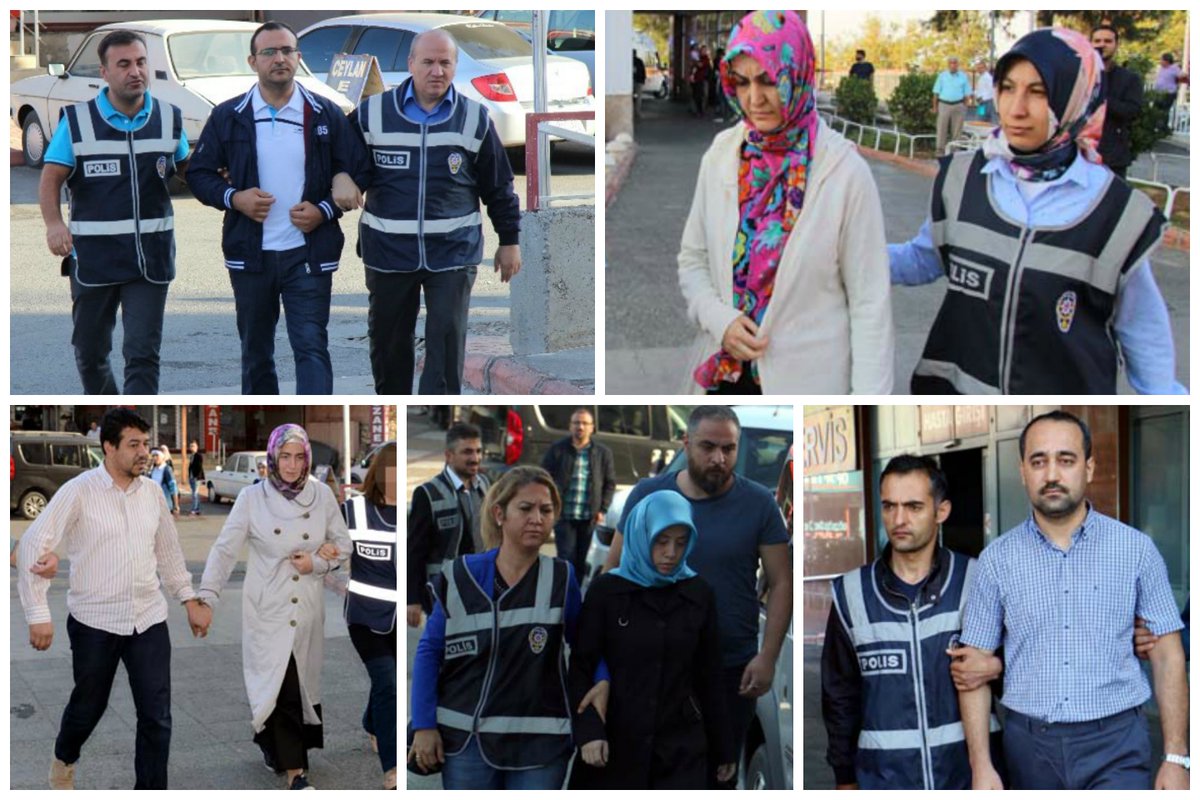 At least 108 people were arrested while 113 others were detained over the past 24 hours, according to Turkish news agencies.

Police carried out the operations in 18 provinces across Turkey. With most of the arrestees being teachers, those arrested over the past day also include religious directorate personnel, engineers, businessmen, housewives, social security institutions staff, police officers and self-employed laborers.

The victims of Tuesday’s operations carried out as part of a massive purge have been added to the already-enormous group of people who have been either detained or arrested since July 15.

More than 100,000 people have been purged from state bodies, nearly 75,000 detained and 34,000 arrested since the coup attempt. Arrestees include journalists, judges, prosecutors, police and military officers, academics, governors and even a comedian.