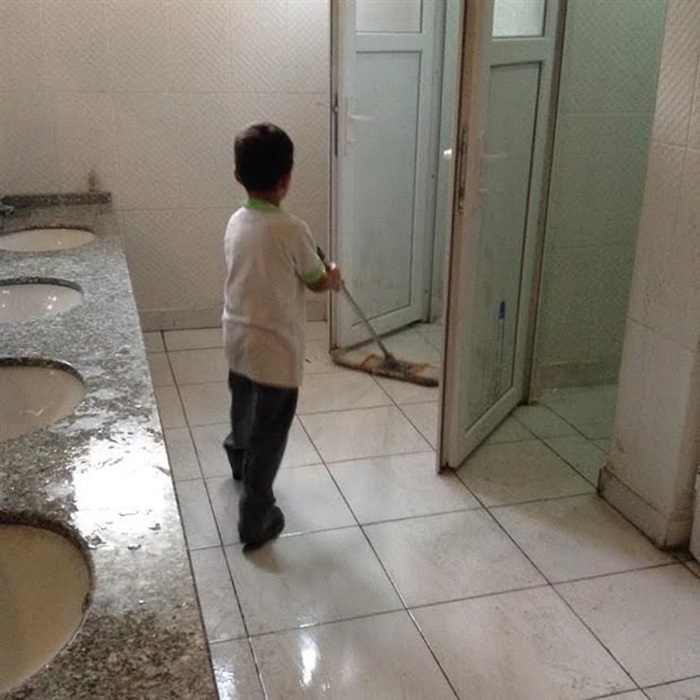 Amid the purge of tens of thousands of teachers in Turkey’s post-coup era, a student in Gaziantep was documented cleaning the floor of a school bathroom due to the lack of a janitorial staff at the school.

According to a story by Zeynep Yüncüler that appeared in the Birgün daily, the students at the public Şahinbey Hatice Karslıgil Middle School are asked to clean the school bathrooms because the school is unable to afford a janitor. Parents said they have been asked to donate TL 20 each to hire a cleaning person for the school.

The parents also complained about security in the city due to the rising threat of the Islamic State of Iraq and the Levant (ISIL) in the region, which is in close proximity to Syria.