Turkish PM: We will be relentless in rooting out Gülen sympathizers from wherever they are 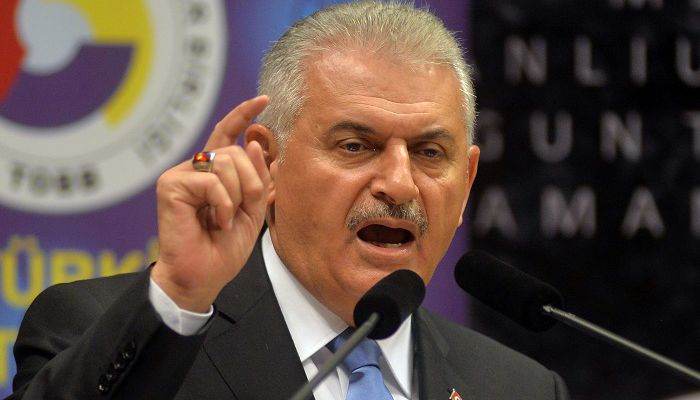 Turkish Prime Minister Binali Yıldırım told fellow deputies from the Justice and Development Party (AKP) in a meeting on Friday that they will be relentless in rooting out FETÖ, a derogatory term coined by AKP government to refer to Gülen movement sympathizers, from wherever they are, a daily reported.

“We have to root out FETÖ members from wherever they are. Of course, there will be mistakes while we do it because there is nothing called ‘FETOmatik’ [to easily detect them]. Lets clear them out, but we should not be fooled. We will be relentless. Any weakness at this point would endanger our cause,” Yıldırım said, the Hürriyet daily reported on Saturday.

Speaking to groups of AKP deputies in Ankara on Friday, Yıldırım told lawmakers that they have convince the public to act against the Gülen movement, a civil society movement inspired by the views of US-based Turkish Islamic scholar Fethullah Gülen who the AKP accuses of masterminding a failed coup attempt on July 15 and previously a corruption probe into the AKP in December 2013.

Despite Gülen denying any involvement in either case, the AKP government has dismissed over 110,000 people from state jobs, detained more than 50,000 and arrested over 32,000 since July 15. The AKP government has also shut down more than 2,000 educational institutions, 1,250 business and charitable foundations and 180 media outlets.

During his speech Yıldırım also said that claims of victimization and suffering are much exaggerated. “This thing [the crackdown] is huge. There might be some mistakes,” he said.

According to reports in the Turkish media, governors’ offices across Turkey have been receiving applications from people who claim to have been victimized by the government crackdown on the Gülen movement despite the fact that they claim to have no links to the movement. Reports says that people started sending letters to government websites informing on people in their family, neighborhood and even in the AKP for alleged membership in FETÖ.