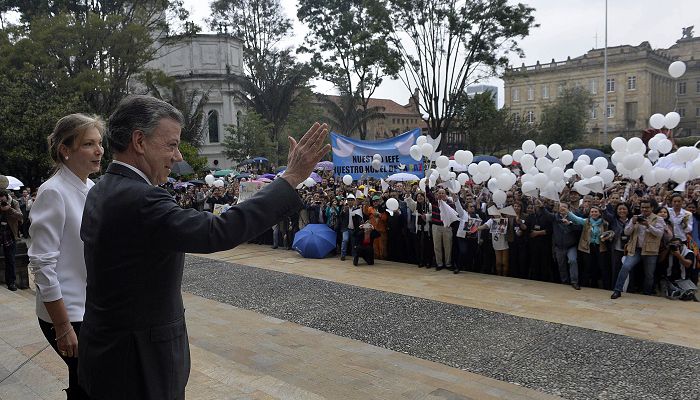 Colombian President Juan Manuel Santos won the 2016 Nobel Peacce Prize on Friday for his efforts to end a 52-year-old war with Marxist guerrillas. Santos got the award despite Colombian people voted to reject the peace deal with the rebels.

The Norwegian Nobel Committee said Santos had brought one of the longest civil wars in modern history significantly closer to a peaeful solution, but there was still a danger the peace process could collapse.

FARC guerrilla leader Rodrigo Londono, better known by his nom de guerre Timochenko, who signed the peace accord with Santos in Cartagena on Sept. 26, was excluded from the award.

Santos has promised to revive the plan even though Colombians narrowly rejected it in a referendum on Sunday. Many voters believed it was too lenient on the FARC guerrillas.

More than 220,000 people have died on the battlefield or in massacres during the conflict between leftist guerrillas, government troops and right-wing paramilitaries.