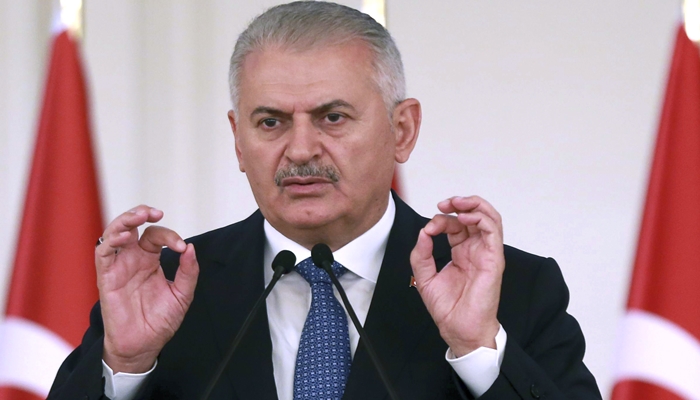 One day after Iraqi Prime Minister warned Turkey that it may cause a regional war by maintaining a military presence in Iraq, Turkey’s Prime Minister Binali Yıldırım defied his remarks, saying that Turkish troops will remain in Iraq to continue the fight against the Islamic State of Iraq and the Levant (ISIL).

“Whatever the Iraqi government in Baghdad says, the Turkish presence there [in the Bashiqa region] will remain for the fight against ISIL and to make sure that the demographic structure of the region is not being changed by force,” said Yıldırım.

He added that at a time when there are troops from 63 countries in Iraq to fight against terror, concern over the Turkish presence in the country was “absurd” and had “nothing to do with good intentions.”

On Wednesday, Iraqi Prime Minister Haider al-Abadi warned Turkey that it may cause a regional war by maintaining a military presence in Iraq and called for an immediate withdrawal as both countries summoned the other’s envoys in an escalating dispute.

Turkish troops in Iraq have been a contentious issue for some time, but a recent parliamentary motion that gives the Turkish government a mandate for cross-border operations in Syria and Iraq for another year sparked a backlash from Baghdad.

The Iraqi parliament decided to remove the Turkish troops, by force if needed, and described the Turkish units as an “invading force.” The Tuesday decision then prompted mutual recriminations between the two countries and the summoning of ambassadors.

The Turkish Foreign Ministry condemned the Iraqi action, while Baghdad conveyed its concerns and uneasiness to the Turkish ambassador about keeping troops in Iraq.