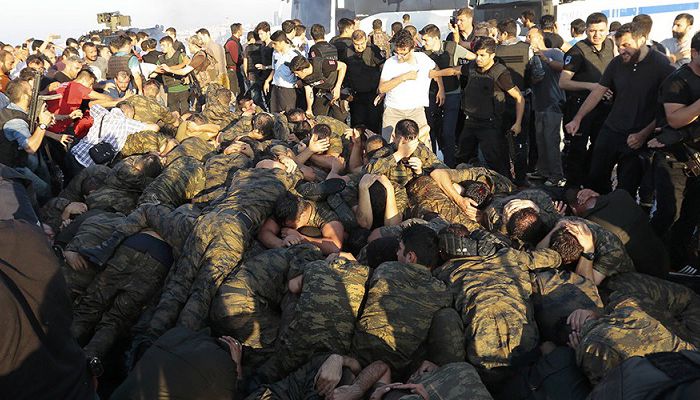 The main opposition Republican People’s Party (CHP) appealed for a second time on Tuesday to the Human Rights Commission in the Turkish Parliament to launch an investigation into allegations of torture in Turkish jails of people detained on coup charges.

A group of CHP deputies said in a written statement on Tuesday that the CHP had applied to the Human Rights Commission on Aug. 12 after it received a large number of petitions and letters from the families of people in jail over difficult conditions and torture in numerous jails across Turkey. “However, the CHP’s application remains unanswered,” the statement said.

A group of renegade soldiers, acting outside the chain of command, attempted a military coup late on July 15 that left more than 240 people – including civilians – dead.

The Turkish government managed to suppress the coup attempt and launched a large-scale crackdown across the country on media, public servants, judges, prosecutors and teachers, along with rebels within the army. The detentions, arrests and massive purges that followed the crackdown widened and increased after a state of emergency was declared on July 20, concentrating power formally in the hands of President Recep Tayyip Erdoğan by allowing him and his cabinet to rule by fiat.

Erdoğan has accused the Gülen movement of being behind the coup attempt and demanded the extradition of Turkish Islamic scholar Fethullah Gülen from the US. Thousands of public servants, judges, prosecutors and journalists have been detained by Turkish police for allegedly having links to the Gülen movement.

A ruling AKP deputy has recently said there will be no investigations into claims of torture and mistreatment of people put into prison after the coup attempt if those victims are sympathizers of the Gülen movement.

AKP deputy Mehmet Metiner, who is also head of the parliamentary prison subcommittee, said there will be no official visit to those who have been arrested on charges of membership in “FETÖ,” or the Fethullahist Terrorist Organization, a term used by the Turkish government to describe the Gülen movement.