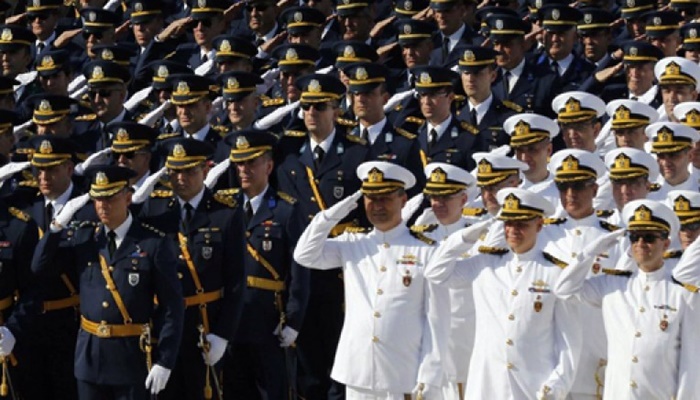 As part of a post-July 15 coup attempt witch-hunt against the Gülen movement in the military, 540 more members of the military were temporarily suspended on Wednesday, the Cumhuriyet daily reported.

According to the report 113 of the suspended personnel are from the navy, while 427 are part of the air forces.

33 military members from the Turkish Air Forces including high-ranking officers were detained on Tuesday as part of an operation targeting the Gülen movement, which is accused by the government of masterminding a coup attempt in July.

Over 4,524 military personnel including 151 generals and admirals have been dismissed from their posts since the failed coup.

The Justice and Development Party (AKP) government, which launched a war against the Gülen movement following the eruption of a corruption scandal in late 2013 in which senior government members were implicated, carried its ongoing crackdown on the movement and its sympathizers to a new level after the failed coup attempt on July 15 which killed 240 people and injured a thousand others.

Although the movement strongly denies having any role in the corruption probe and the coup attempt, the government accuses it of having masterminded both despite the lack of any tangible evidence. Turkish Islamic scholar Fethullah Gülen called for an international investigation into the coup attempt, but President Recep Tayyip Erdoğan — calling the coup attempt “a gift from God” — and the government initiated a widespread purge aimed at cleansing sympathizers of the movement from within state institutions, dehumanizing its popular figures and putting them in custody.