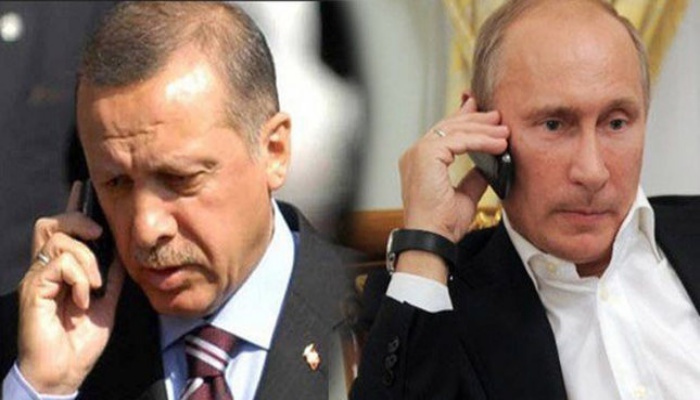 The US on Monday suspended bilateral talks with Russia over a cease-fire between forces loyal to Syrian President Bashar al-Assad and rebels in Aleppo. Intense bombardment of civilian areas in Aleppo sparked international anger, and the US accuses the Russian air force of indiscriminate and deliberate targeting of civilians, a charge denied by Moscow.

Presidential sources said Putin and Erdoğan discussed the current state of the conflict and how to resolve it. Turkey and Russia are backing opposing sides in the war.

Both countries recently repaired their ties, which were significantly strained last year after Turkey shot down a Russian warplane on the Turkish-Syrian border.