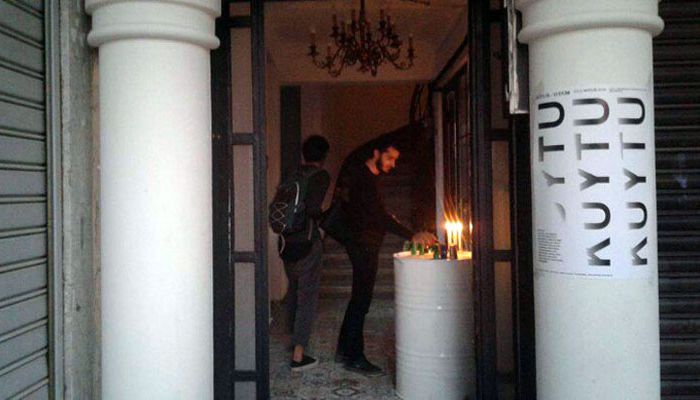 Three residents of İstanbul’s Beyoğlu district attacked people who had gathered in front of an art gallery for the opening of an exhibition on Sunday because they were drinking wine.

According to a story on sanatatak.com on Sunday, three locals from the Tomtom neighborhood of Beyoğlu verbally, and later physically, attacked a crowd that had gathered in front of the Kuytu Art Gallery for the opening of an exhibition by 21 women artists.

Vardal Caniş Su, one of the guests at the event, told sanatatak.com that the opening of the exhibition was cancelled after the locals first verbally and later physically attacked them for drinking wine with both men and women present.

In June of this year participants at an album celebration event for British rock group Radiohead held in Cihangir were attacked by a group of men who claimed they were reacting to alcohol consumption during the Muslim holy month of Ramadan.

While the event was streaming live on Twitter via Periscope, a group of individuals stormed the record store, forcing the attendees out, cursing and threatening them. The assailants threw bottles of alcoholic drinks onto the ground and shouted “Close this place! Aren’t you ashamed of doing this in Ramadan? You will respect Ramadan!”