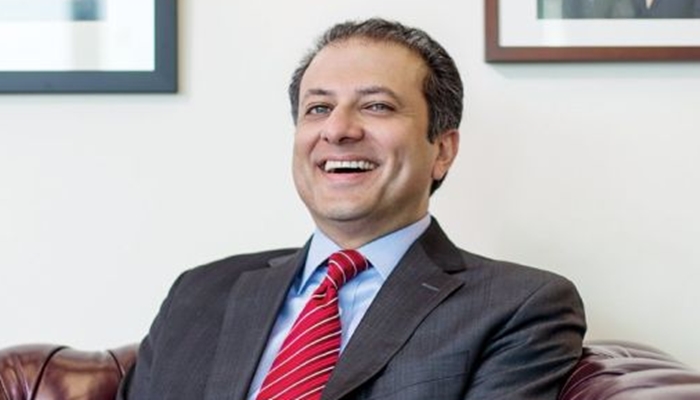 Responding to allegations from Turkey’s President Recep Tayyip Erdoğan, who accused US Attorney for the Southern District of New York Preet Bharara of being a sympathizer of the faith-based Gülen movement, Bharara said he has just learned Turkish Islamic scholar Fethullah Gülen’s name from Google and has never been to Turkey.

Bharara has been under attack from the government and pro-government circles in Turkey due to his indictment of Reza Zarrab, a dual Turkish-Iranian citizen who was arrested in Miami in March. He was charged with helping Iran process millions of dollars in transactions that violated US sanctions against Tehran in effect at the time.

While returning from a visit to the US last week, Erdoğan claimed that Bharara and US Judge Richard Berman, who is hearing the Zarrab trial, were entertained by members of the Gülen movement in Turkey. Erdoğan claims Zarrab is innocent.

Bharara responded to Erdoğan’s assertion in a speech delivered at the anniversary of the foundation of City & State New York magazine in New York on Tuesday.

The prosecutor said until the day he was claimed to be a Gülen sympathizer, he had never even heard Gülen’s name, who inspired the movement, and searched for it on Google.

Bharara also said although Turkish President Erdoğan accused him of mingling with Gülen sympathizers in Turkey, he has never been to Turkey.

In court papers Bharara’s office included references to a 2013 corruption investigation in Turkey that targeted Zarrab, Cabinet ministers and members of Erdoğan’s family. The probe was subsequently dropped.

The Turkish government and Erdoğan accuse the Gülen movement of masterminding 2013’s corruption investigation and a failed coup attempt in July although the movement strongly denies any involvement in either.