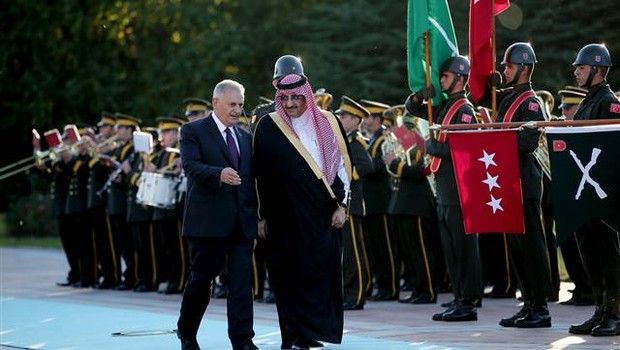 The prince will have meetings with Turkish leaders, including the prime minister, foreign minister and President Recep Tayyip Erdoğan, to seek ways to boost economic ties.

Saudi Arabia and Turkey share similar objectives on a number of regional issues, in particular the resolution of the Syrian conflict, since both sides insist on the departure of President Bashar al-Assad at the conclusion of any political transition envisioned for a peace settlement in Syria.