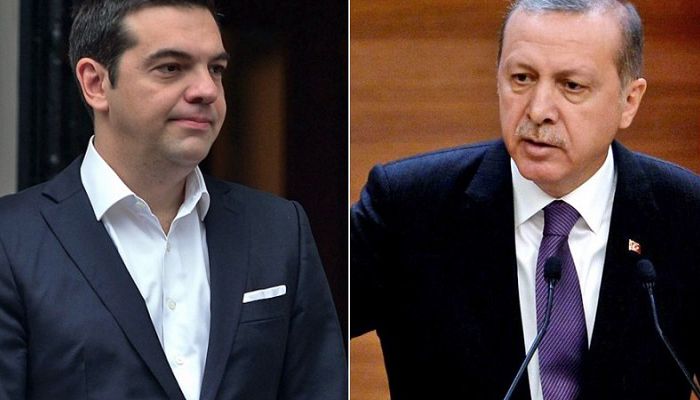 The office of Greek Prime Minister Alexis Tsipras has accused Turkish President Recep Tayyip Erdoğan of endangering relations between the two neighboring countries by questioning the wisdom of the Lausanne Treaty, which was signed in Switzerland in 1923 and established the modern borders between the two countries.

“Questioning the Treaty of Lausanne, which established norms in Greco-Turkish relations [and] the status quo in the Aegean and its islands, is dangerous to relations between the two countries and to the broader region,” Tsipras’s office said.

Tsipras said he would not respond in kind to Erdoğan.

Turkish President Erdoğan, in a speech in Ankara on Thursday, said the Treaty of Lausanne was essentially a defeat for Turkey because it “gave away” islands to Greece.

“In Lausanne we gave away islands to Greece that were a shout away. Is this victory? They tried to trick us into believing that Lausanne was a victory. Those who sat at that table did not do right in that treaty. Now we are suffering the consequences,” Erdoğan said.

Greek-Turkish relations have suffered strains over the years because of squabbles over maritime boundaries and because of divided Cyprus, ethnically split between its Greek and Turkish Cypriot populations since 1974. The two neighboring countries also almost went to war over an uninhabited islet in the Aegean in 1996. But tensions have eased in recent times, particularly after each rushed to the other’s aid in earthquakes affecting both countries in 1999.