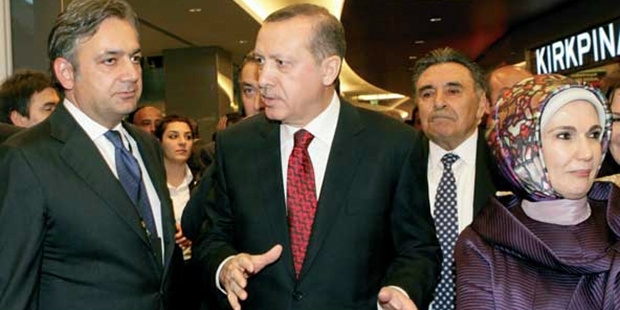 RedHack, a Turkish Marxist hacker group, seized the email account of Albayrak last Friday and began to disclose dozens of emails on Monday after its demand for the release of pro-Kurdish and leftist writers in prison went unheeded.

Albayrak’s leaked emails include those sent to him by Yalçındağ in which Yalçındağ is seen acting as the government and President Erdoğan’s “man” within the Doğan Media Group. In the emails that were allegedly sent by Yalçındağ to Albayrak, Yalçındağ gives Albayrak a daily briefing on the media group’s activities and how they cover certain developments in favor of the government.

Speaking to the Cumhuriyet daily on Wednesday about the leaked emails Yalçındağ said: “An assassination, a conspiracy, I don’t know what to say… My computer was hacked and my diaries were seized.”

Yalçındağ said somebody had access to his computer and his daily notes without his knowledge and sent them as emails to Albayrak, making additions to them and manipulating them.

Yalçındağ also told Cumhuriyet that Russian computer experts had begun investigating how his computer was hacked and that he would make a public statement once the investigation is completed.