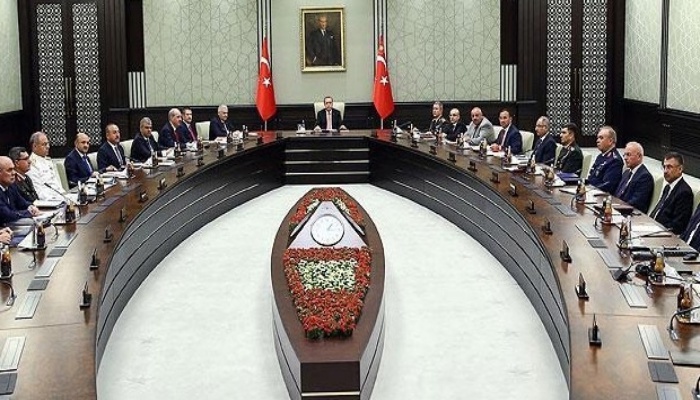 Turkey’s National Security Council (MGK) has proposed an extension of the state of emergency, which will expire on Oct. 20, amid concerns of human rights violations and fears about weakening democratic mechanisms.

The MGK convened in Ankara on Wednesday under the chairmanship of President Recep Tayyip Erdoğan. The council said in press statement that it had recommended the extension of emergency rule in order to tackle threats to democracy.

If approved by the Turkish Parliament, Turkey will be governed by emergency rule until Jan. 20, 2017.

The government currently runs the country by means of decrees that have the full force of law, and it defies warnings about the erosion of basic principles of democracy in the face of a lack of checks and balances.

The government declared a state of emergency for three months on July 20, five days after a bloody coup attempt that killed more than 200 and wounded more than 1,000 people.

Justice Minister Bekir Bozdağ said on Wednesday that 70,000 people have been detained and 32,000 arrested since the July 15 coup attempt.

The MGK statement also mentioned the appointment of administrators to Kurdish-run municipalities in the Southeast, supporting government measures to destroy links between political parties and a terrorist organization, an oblique reference to the Kurdistan Workers’ Party (PKK).

The Turkish government, after the MGK meeting, reiterated its long-sought bid for a safe zone and no-fly zone in northern Syria amid heavy civilian losses due to intense battles and air bombardment of Aleppo.

Turkey fears a new wave of migrants as the death toll in Aleppo is rising by the day after Russian and Syrian airstrikes on the city.