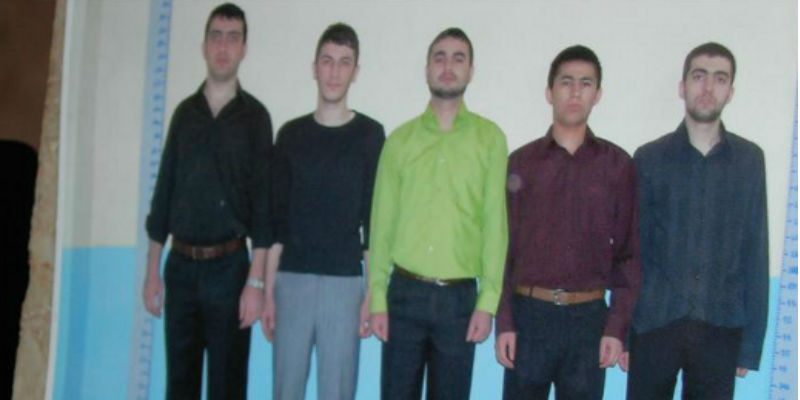 A Malatya court on Wednesday handed down three consecutive aggravated life sentences to five suspects who were involved in the murder of three Christians at a publishing house in Malatya province in 2007.

Three missionaries, German national Tillman Geske and two Turks, Necati Aydın and Uğur Yüksel, were tied up and tortured before their throats were slit at the Zirve Publishing House, a Christian publisher in Malatya, on April 18, 2007.

At the 115th hearing of the trial at the Malatya 1st High Criminal Court, Emre Günaydın, Cuma Özdemir, Hamit Çeker, Salih Gürler and Abuzer Yıldırım received three consecutive aggravated life sentences each after they delivered their final defense in the years-long trial.

After seven years in a high-security prison, the five now-convicted suspects were released to house arrest in March 2014, when they were fitted with electronic tracking devices. At the hearings held every few months since then, the three have been brought under police escort to court, while the other two from outlying villages have appeared over closed-circuit video from police stations near their homes.

The release of the suspects was made possible under a new law passed by the Turkish Parliament in February 2014 according to which the limit of time spent in detention for suspects on trial who have not yet been convicted was lowered to five years.

The five young men, aged 19 and 20 at the time of the killings, confessed to the murder and were arrested for the crime. However, authorities have continued to investigate the case, which is believed by many to be an act of the “deep state” rather than a group of independent fanatics.

The murders at the time fuelled fear among Turkey’s small Christian minorities and raised concern over rising nationalism and hostility toward non-Muslims in Turkey, a predominantly Muslim country seeking EU membership.