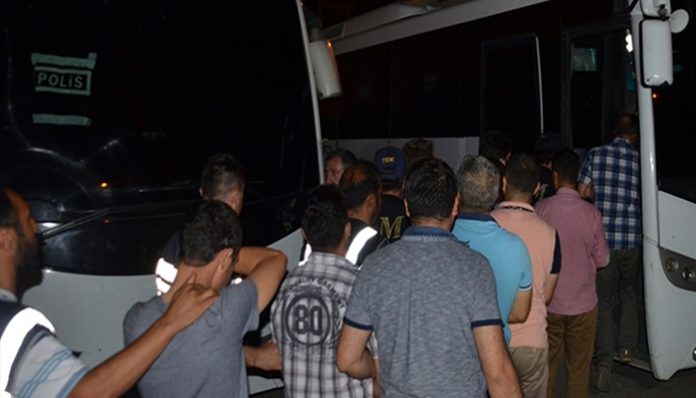 Twenty-one schoolteachers who were claimed to be using ByLock, a smart phone messaging application, were arrested on Monday as part of a witch-hunt targeting the Gülen movement.

Turkish prosecutors claim that ByLock is the top communication tool among members of the Gülen movement, which the government accuses of masterminding a July 15 coup attempt. But critics have blasted the government for detaining thousands for using a mobile application.

A Kocaeli court ruled for the arrest of 21 out of 25 teachers who were detained earlier, while the remaining four were released pending trial.

Opening an account at Bank Asya after the Dec.17 and Dec. 25 corruption operations and using the ByLock applications have been mentioned as the basic criteria for pursuing the witch-hunt against the Gülen movement.

More than 100,000 people have been purged from state bodies, nearly 43,000 detained and 24,000 arrested since the coup attempt. Arrestees included journalists, judges, prosecutors, police officers, doctors, court personnel and even a comedian. (Turkey Purge)