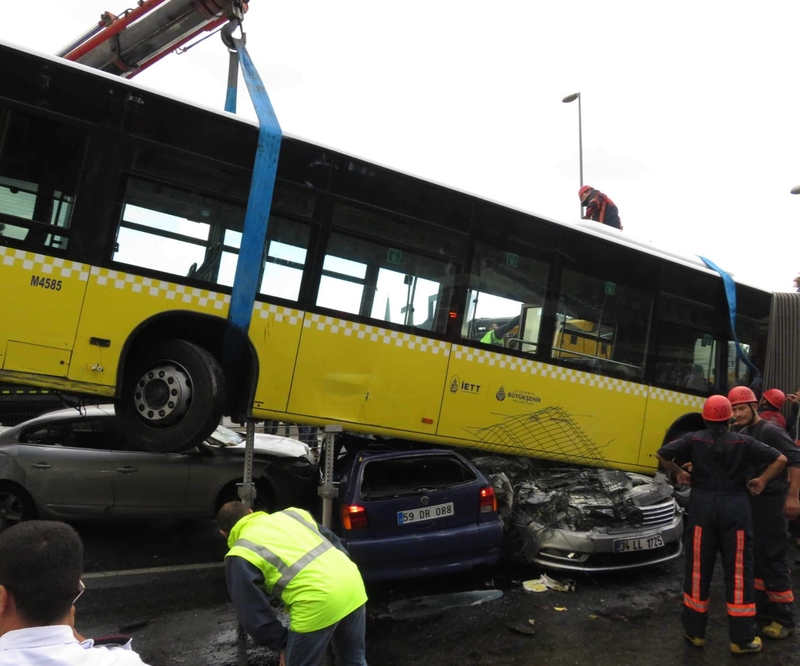 Eleven people were injured when a Metrobus in İstanbul’s Acıbadem neighborhood swerved out of its lane and crashed into vehicles on the D-100 motorway after the bus driver was attacked by a passenger, the İstanbul Governor’s Office has announced.

The assailant, who reportedly hit the driver with an umbrella after quarreling with him, was detained, according to the statement.

The Metrobus crashed into six vehicles on the D-100 motorway, which paralyzed the flow of the traffic on the Anatolian side of İstanbul for many hours.