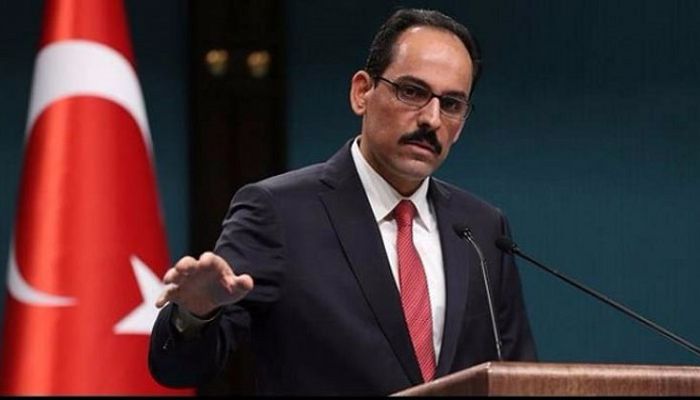 Turkish President Recep Tayyip Erdoğan’s spokesperson İbrahim Kalın said on Thursday that it will not be possible for Turkey to join an operation by coalition forces against terrorist Islamic State in Iraq and the Levant (ISIL) militants in the Syrian city of Raqqa if Kurdish fighters also take part.

Speaking during an interview with state-run TRT TV, Kalın said: “Negotiations are still ongoing; nothing is certain yet. Our principled stance is the same as it was with Manbij and Jarabulus. It is out of the question for us to take part in an operation in which the PYD/YPG are involved.”

“In principle, we support Raqqa and the other Syrian cities being cleansed of Daesh [the Arabic acronym of ISIL], but as we said before, we have principles and conditions we must observe,” Kalın said.