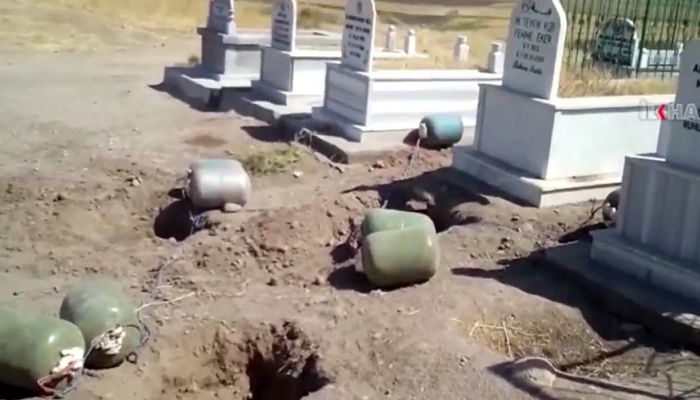 Police in Turkey’s Diyarbakır province on Wednesday detained 13 people, including municipal officials, on suspicion of attempting to assassinate Mehdi Eker, a former minister and senior politician from the ruling Justice and Development Party (AKP) by planting explosives at a cemetery where his relatives are buried.

On Sept. 10, police found 640 kilograms (1,411 pounds) of explosives at a cemetery plot for relatives of Eker, deputy chairman of the AKP and a former agriculture minister, in the largely Kurdish southeastern province of Diyarbakır. The explosives were found a day before Eker was due to make an annual visit to the cemetery ahead of last week’s Eid al-Adha holiday.

According to security sources, some of the 13 people detained were municipal officials in the Diyarbakır Municipality, which is run by the pro-Kurdish opposition Peoples’ Democratic Party (HDP).

The AKP government recently removed 24 elected mayors in Turkey’s Southeast over suspected links to outlawed Kurdistan Workers’ Party (PKK) militants. The HDP has condemned the move as an “administrative coup.”

Since the PKK took up arms against the Turkish state in 1984, more than 40,000 people, mainly Kurds, have died.