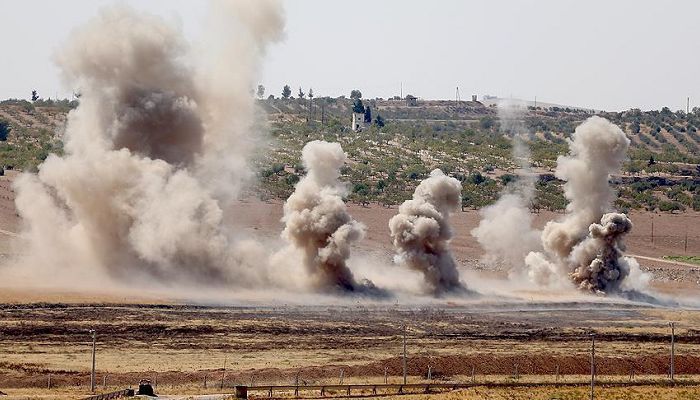 Turkish military jets hit terrorist Islamic State in Iraq and the Levant (ISIL) targets in Syria following a second attack on the border city of Kilis on Thursday.

According to military sources, a total of 103 ISIL targets were destroyed during the airstrikes, the Turkish media said.

At least seven people were wounded in the attacks, several of them children, security sources and officials said. Kilis, which is on the border with Syria, has been a frequent target for ISIL rockets this year.

In an another written statement on Thursday, the Turkish army said ISIL targets in northern Syria have been destroyed with Firtina howitzer fire and multiple rockets. A total of 927 detected targets have been taken out since the beginning of Operation Euphrates Shield, the statement added.