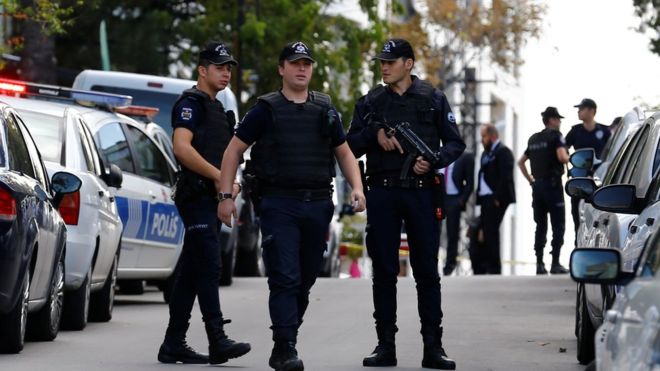 An assailant wielding a knife was shot and wounded by security guards as he attempted to storm the Israeli Embassy building in Ankara on Wednesday.

The attacker, who was identified as 38-year-old Osman Nuri Çalışkan, was shot in the leg as he attempted to stab a security guard in front of the embassy. He was subsequently detained and then hospitalized.

Çalışkan reportedly said during an interrogation by police that he plotted the attack in order to stop the bloodshed in the Middle East.

The Ankara Governor’s Office announced later in the day that the assailant did not have any connection with terrorist organizations.

Bomb disposal squads were seen examining a bag outside the building following the incident as police took heightened security measures around the embassy.

Several embassies in Ankara were closed late last week amid reports of a possible terrorist attack.